Since leaving THE YOUNG & THE RESTLESS, Peter Porte has been keeping plenty busy, and his latest film is the Lifetime movie The Good Nanny which premieres on Sunday, May 14, at 8 p.m. ET just in time for some unique Mother’s Day counter-programming!

In the thriller, actress Brianna Evigan plays Summer, a young woman who takes a job as a nanny for a young girl named Sophie. Porte and Ellen Hollman play the wealthy and attractive parents who may not be what they appear to be!

“The audience is misguided so many times in this film as to whether or not the kid is making it up,” Porte previews to Soaps In Depth. “Maybe we’re making something up. Everyone has secrets!” 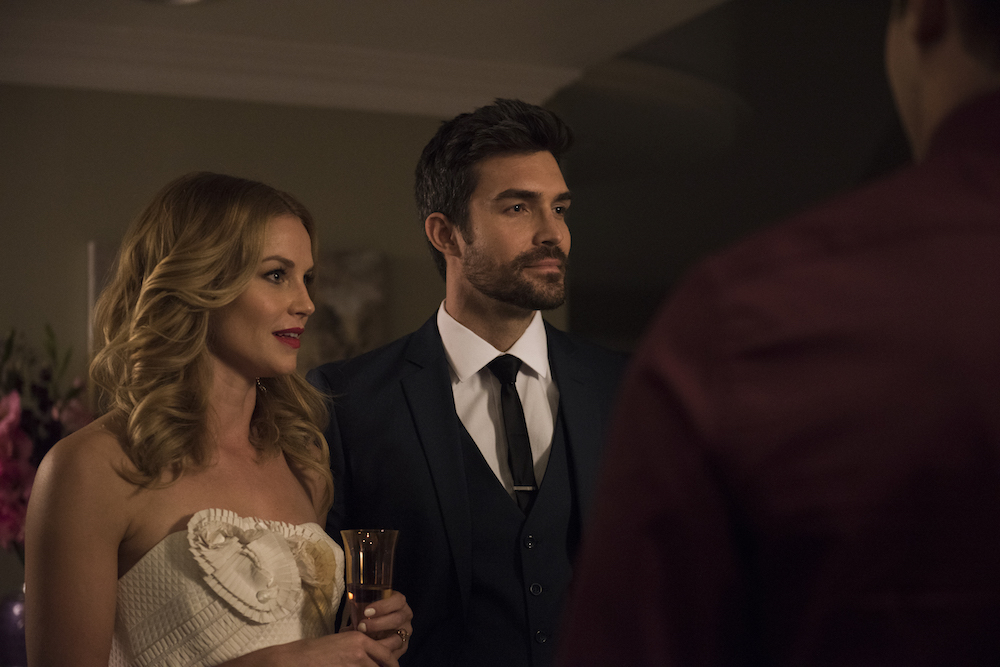 In last year’s A Cinderella Christmas, Porte played a literal prince charming, but the mysterious and possibly dangerous Travis Walsh is closer to how Y&R fans remember the actor, who played the journalist-turned-killer Ricky Williams on the soap. “I’m a bit of a philandering, abusive, alcoholic father who is not around,” he says of his newest role.

While daytime’s pace is much more hectic than that of primetime television or feature films, Porte admits that these Lifetime and Hallmark films come close! “Soap work is the hardest work I’ve ever done,” he confides, “and I think that these 15-day shoot movies are perhaps the second hardest. There’s so little time to do anything, so little time to rehearse, so little time to get everything right. It’s a miracle that they pull them off.”

Check out this preview for Porte’s new thriller, and be sure to tune in to find out the answer to the mystery!