Billy found himself gambling again after helping Summer out by taking her place in a high-stakes card game. As he struggled with his addiction, he was forced to lie to Phyllis. Later, Summer confided to Billy that she’d burned through her trust fund and was now in debt. Summer eventually shared this news with her mom, which actually brought them closer. Meanwhile, Billy began to burn through his own money… er, Jabot money, by purchasing a company yacht and giving board members big bonuses despite Jack’s warning to be careful with the cosmetic company’s funds. Billy used his own bonus to support his gambling habit. Alas, he lost not only that but the new Jabot yacht in a poker game!

Jack was furious when his petition to dig up Phillip Chancellor’s grave to prove paternity was blocked! Despite his family suggesting he let it go, Jack sued Jill to get her former hubby’s DNA! Understandably, Cane freaked, fearing Jack might eventually push him out as CEO of Chancellor. Meanwhile, Victor crashed Nick and Sharon’s engagement party. Still, Nick and Victor put aside their squabble when the hacker upped his efforts to destroy Newman Enterprises. Ashley was forced to contain the fallout at Newman, but was stunned when Neil revealed that a story had surfaced which suggested Victor killedJ.T.! For his part,Victor believed J.T. was behind the malicious hack. Victoria disputed this, but she, Nikki, Phyllis and Sharon began to wonder if their victim was actually alive when they learned his credit cards were being used! Their quest to dig up his grave was foiled when they discovered Jill had a statue erected over his impromptu resting place! A nervous Phyllis suggested to Sharon that they throw Nikki and Victoria under the bus, but backed off when Sharon refused to go along with her plan! To counter gossip about his failing health, Victor forced Neil to put him on GC BUZZ, but ended up making things worse. While The Mustache brushed off concern about his health, Nick used it in his custody fight, suggesting his father wasn’t physically capable of raising a small child! 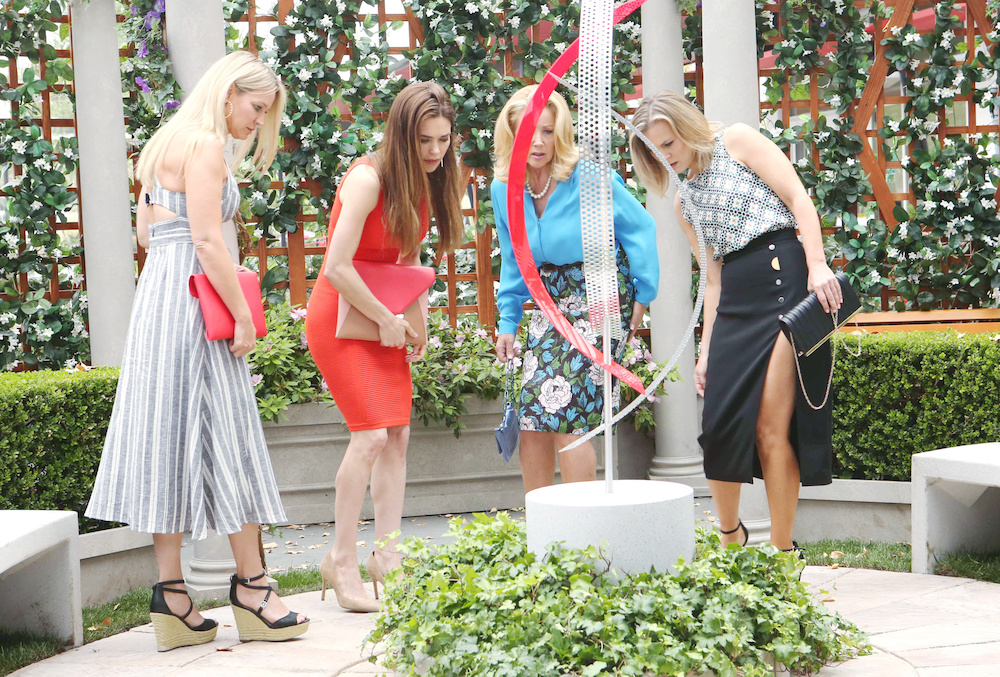 ”Can you see him under there?” (Photo Credit: Howard Wise/jpistudios.com)

Kyle and Summer continued to fight their attraction, although just barely. Summer battled the green-eyed monster when Kyle had a date! In an odd partnership, Lily and Hilary teamed up to reunite Shauna and Charlie. Meanwhile, Devon and Hilary grew closer as they heard their baby’s heartbeat, ultimately declaring their love for each other! On THE HILARY HOUR, Tessa stepped in when a guest was a no- show, but shut down Hilary’s inquiries into her past! Abby and Arturo made love!

Everything You Need to Know About Nate and His Portrayer, Brooks Darnell

Michael Morgan Shares Pics From Her Last Day at Y&R