Upset over the possibility that he might not be John’s son, Jack ruined Dina’s Mother’s Day celebration by blasting her. Traci quickly interceded and reminded her brother that Dina’s days were numbered. Ashamed, Jack apologized. Later, he opened the DNA test results and was crushed to have it confirm that he is not an Abbott! Devastated, Jack fled town, which panicked his family and eventually forced them to call an emergency Jabot board meeting, where Billy was appointed as the company’s new CEO! Meanwhile, Ashley and Abby accused Kyle of sabotaging the footage to Dina’s movie, but he denied it and pointed the finger at Victor. Understandably, the billionaire also insisted he was innocent! Despite having accused Victor of being behind the sabotage, Kyle tried to curry favor with The Mustache by keeping him apprised of Jabot’s change of leadership. After a little self-reflection, Jack returned to Jabot, but Billy decided he wanted his shot at running the cosmetics company and deemed Jack unfit to return to the top spot! Jack and Kyle made a pact, agreeing to bide their time until Billy messed up. However, Jack blew a gasket over the new direction Billy decided to take Jabot and quit! Despite the pact with his father, Kyle tried to win over Billy’s trust. Alas, his first attempt at negotiating fell flat. Across town, Ashley confided to Neil that she was just waiting to overturn the blood-Abbott bylaw and take over the CEO position herself! 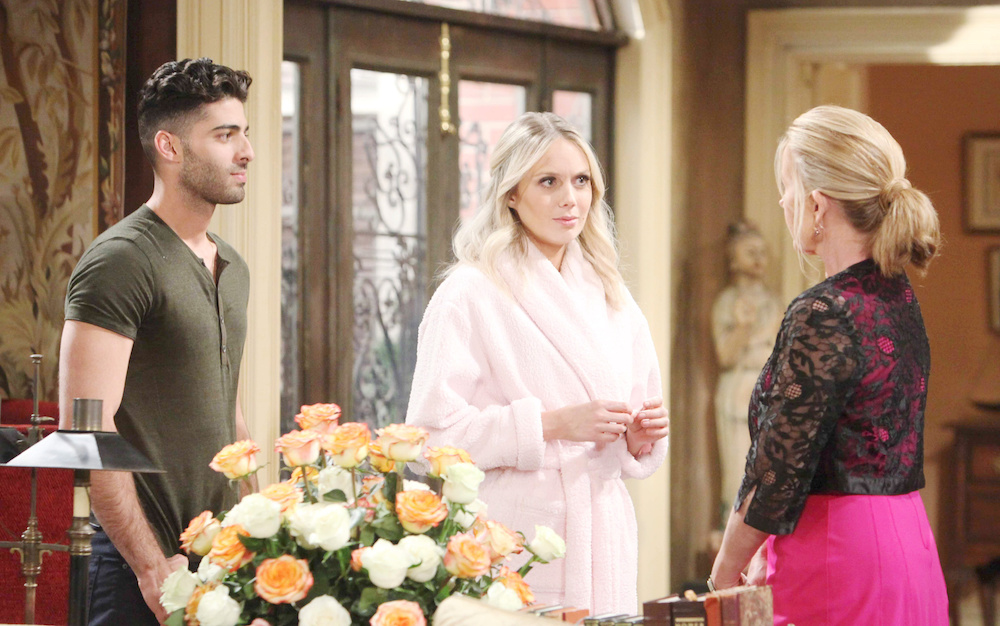 Will Nikki Crack Under the Pressure?

Nikki was shocked when Kyle revealed that he held her responsible for his mom’s death. Her anxiety continued to rise when she was forced to cancel a garden-planting event at the park to keep everyone away from J.T.’s grave! Meanwhile, Phyllis was stunned when Nick’s police scanner revealed that J.T.’s cell phone was on the move. She breathed a sigh of relief when Nick tracked the signal down to a homeless man who’d found the phone. Alas, the phone revealed to Paul that J.T. had stopped by Victoria’s house on the night he “disappeared.” When Paul confronted her, Victoria began to crack. Rather than admit to the murder, she lied that she’d helped J.T. skip town. Paul let Victoria off the hook, but later told Christine that he thought she was hiding something!

Hilary and Devon grew closer, flirting as they considered how their lives would change when they became new parents. Meanwhile, Kyle asked Tessa out, unaware of the vibe between the beauty and Mariah! In other romances, Sharon and Nick continued to keep their “Friends With Benefits” relationship under wraps, but battled jealousy when they separately attended the New Hope benefit. Arturo formally ended his relationship with Nikki, but soon found himself drawn to Abby, who confessed her bad luck with men. When Nikki noticed the couple’s sparks, she ordered her former lover to stay away from her stepdaughter! Although he continued to smile, the hunk told Nikki that she couldn’t dictate who he could see romantically!