Lily and Cane continued to grow closer, prompting Lily to suggest they consider putting the divorce on hold. Cane responded by pulling her into a passionate kiss! While Cane was optimistic about their relationship, he was disappointed when Lily accompanied Abby to Paris on a business trip. When Billy encouraged him to pursue his estranged wife, Cane few to Paris and convinced Lily to extend her stay. Then he wined and dined her into bed! Afterward, the couple agreed to give their marriage another chance!

Victoria and J.T. Made Love!

J.T. met with Victoria to discuss Reed’s upcoming DUI hearing, while Mattie apologized to Reed for getting him in trouble. Alas, Reed blasted her, which J.T. witnessed and began to worry that his son was out of control! At the hearing, Reed pleaded guilty, but Mattie unwittingly caused the teen to lose his temper, which had the judge giving him a harsher punishment! Later, Reed overheard his parents talking about sending him to boarding school, prompting him to sneak out of the house. He tried to crash at Billy’s, but when Nikki got wind of her grandson’s whereabouts, she hauled him to the ranch. There, Reed was astonished when Victor ordered him to do chores and homework! Alone, Victoria and J.T. fought about Reed’s behavior and their own past. Tempers turned to passion, and the two made love! The next day, the former spouses agreed that their hooking up was a one-time thing… and promptly did it again. Alas, Victor was not pleased to find out what was going on, and immediately ordered his daughter to stop seeing J.T! 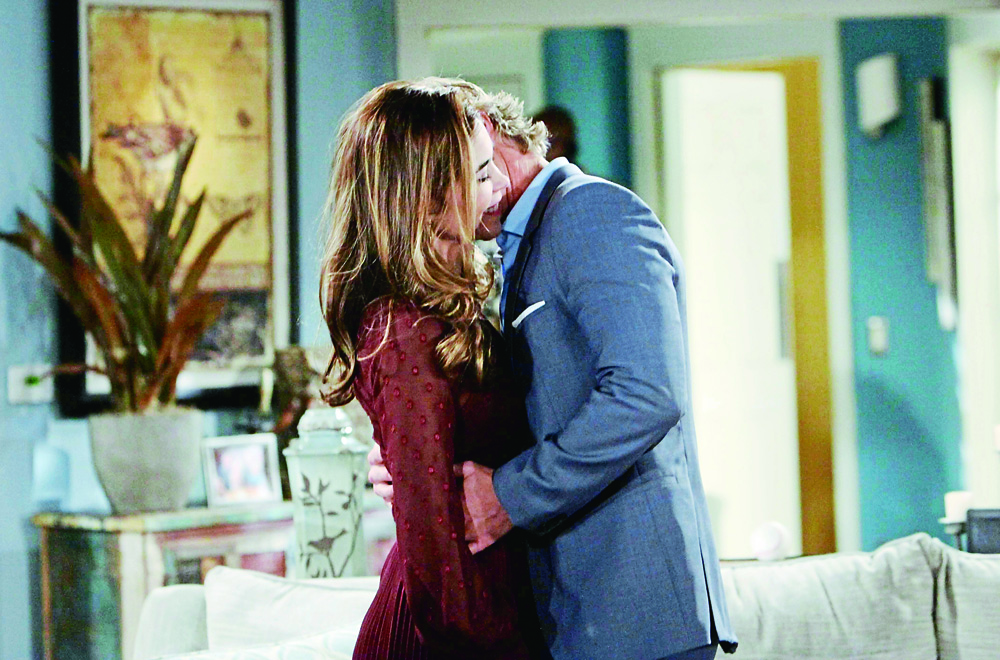 The Fight For Dina!

Jack, Ashley, and Traci decided to put Dina in a healthcare facility. While Jack and Ashley toured facilities, Traci was stunned when Graham arrived at the Abbott mansion to collect Dina! Traci immediately notified Jack and Ashley, who raced home, with a furious Jack tossing Graham out of the house! Alas, the silver fox returned with the police and a court order allowing him to take Dina. Traci called Paul to intercede, but he said he couldn’t overrule a court order. During the court hearing, Ashley and Traci brought their mom’s journal to show the judge that Dina had recorded her thoughts on having Alzheimer’s — and not trusting Graham! But everything changed when Graham took the stand and revealed that he and Dina were married! Despite their concerns for their mother, Jack and Ashley still fought over the Jabot CEO position, with her insisting on going forward with arbitration. Later, Ashley was shocked to discover the Jabot lab had been broken into, with dangerous drugs stolen. Meanwhile, Graham hid from Dina that he’d stolen the Jabot pharmaceuticals. He invited Ashley over and feigned a diabetic attack that forced her to handle a syringe, which he placed in the refrigerator. After making the connection between the theft from Jabot’s lab and the syringe, Ashley wondered exactly what the villain was up to!

Scott tried persuading Lauren to invest in #Hashtag so he could distance himself from Abby. Sharon threw an “I’m Just Fine” party to persuade everyone that she was moving on from Scott — which also meant forgiving Abby, although she warned her former sister-in-law/step-daughter that they’d never be friends! Later, Sharon met Kathy and her children. After discovering they were homeless, Sharon invited them to move in with her for a few days, which prompted Nick to wonder about his ex-wife’s motives. When Nikki recognized Kathy from their Chrismas encounter, she decided to team up with Nick to build low-income housing! Under pressure to produce music, Tessa stole Mariah’s journal, using it as inspiration for her next song!