Sharon warned that if Nikki didn’t get Victor to drop the custody case against Nick, she’d go public with how J.T. died. Nikki reminded Sharon that doing so would destroy her life, too. During arbitration, Victor successfully used Sharon’s past mental illness against Nick, and the judge temporarily awarded The Mustache custody until the case could be heard in court. Nick crashed Victor’s Father’s Day celebration to inform the family what had gone down. Disgusted, Abby decided to move off the ranch, while Victoria vowed to help her brother regain custody in any way she could! Brittany suggested Nick’s best chance would be to break up with Sharon. But instead, Nick got down on one knee and proposed to his former wife!

Is Jack a Chancellor?

Hoping to mend his relationship with his dad, Kyle helped Jack investigate who his real father might be. A clue led Jack to a safety-deposit box and the revelation that Phillip Chancellor could be his biological father! Alas, Jack couldn’t prove it, because Chance and Phillip III were off the grid. Meanwhile, Cane became suspicious over Jack’s snooping and discovered that the mogul was looking into the possibility that he was Phillip’s first born son. Understandably concerned about his own CEO position at Chancellor, Cane challenged Jack and asked Neil to help him block any attempt to stake a claim on the company. Yet instead of sticking up for his son-in-law, Neil threw his support behind Jack! 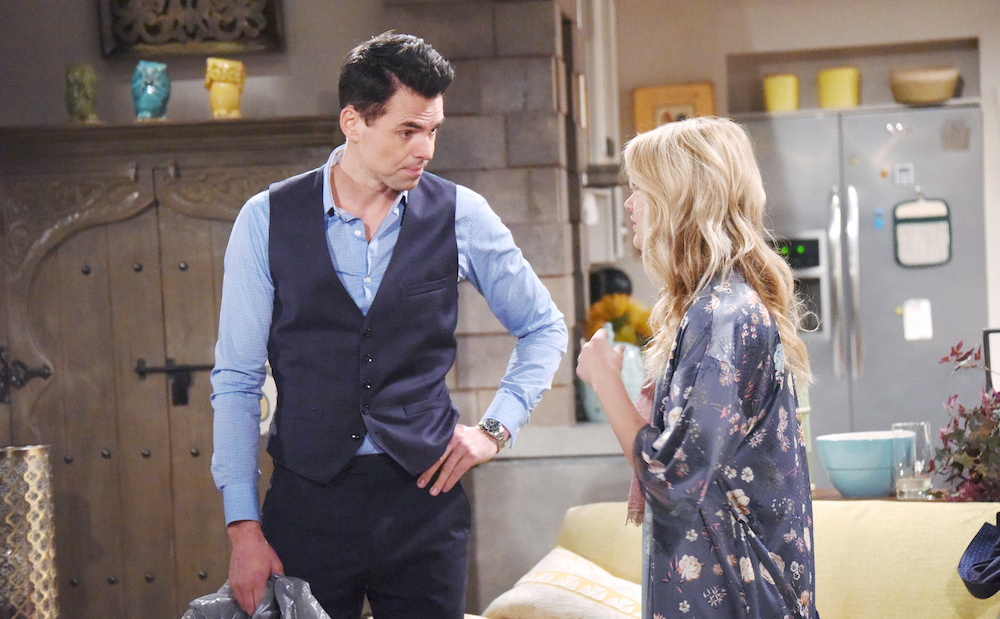 After Nikki sabotaged his romantic prospects with Abby, Arturo’s luck worsened with a string of parking tickets and losing business deals. Yet things star ted to look up when Abby decided to give him another chance — which included having him meet Ashley! Nikki was not happy when she observed the happy trio. Refusing to let Nikki sour her mood, Abby took her relationship to the next level by going back to Arturo’s apartment. When she discovered a woman’s bra hidden in the couch, the furious beauty beat a hasty retreat! Across town, Summer continued to cause havoc by flirting with Billy, even putting together a poker night in the penthouse. When Billy refused to hire her at Jabot, she got a job at Fenmore’s. Sparks flew between Summer and Kyle even though both insisted they’d moved on from one another. Meanwhile, Devon and Hilary invited the homeless Shauna to move in with them, which ultimately turned out to be a very good thing when the teen helped reunite the couple! After Lily and Neil grudgingly accepted their relationship, Devon whisked his babymama off on a much-needed vacation. Alone in the penthouse, Shauna put the moves on Charlie. But when the teen beauty confessed that she wasn’t a virgin, her would-be beau freaked and fled! At Newman, Victoria fretted when an anonymous hacker threatened to take down the company. But she became even more shaken when Ashley suggested that J.T. might be the culprit!

Will Nick and Sharon Get Married? — Vote Now!