It’s been quite a while since Sean Carrigan has appeared on THE YOUNG & THE RESTLESS as Dr. Ben “Stitch” Rayburn, but he still has plenty of fans and they will soon be able to see the handsome and talented actor on the big screen in an exciting new movie, Ford V. Ferrari! Friend and former Y&R castmate Christian LeBlanc (Michael) shared the big news along with a selfie Carrigan snapped on the plane heading to film on location in France. “This is the face Sean Carrigan makes when he is in first class jetting off to Paris to play race car driver Walt Hansgen in a film about LeMans with Christian Bale and Matt Damon!”

Ford V. Ferrari is the true story of the battle between Ford and Ferrari to win the legendary Le Mans race in 1966. Matt Damon, Christian Bale, and Jon Bernthal star in the film, which is directed by James Mangold, who has helmed award-winning fare like Walk the Line, 3:10 to Yuma, and Logan.

Carrigan will be playing the role of Walt Hansgen, who was a world champion Formula One racecar driver in the ‘60s. The 24 Hours of Le Mans is an annual endurance race that has been held annually since 1923. Racing teams must attempt to win while also keeping with their cars running for 24 hours without breaking down. 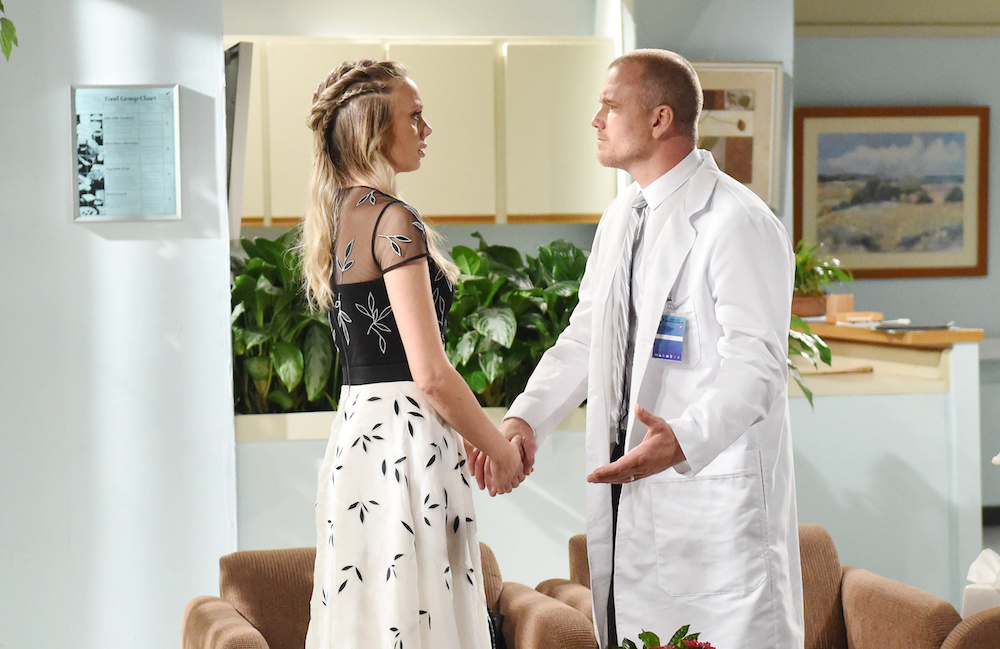 Since leaving Y&R, Carrigan has appeared as Coach Rafferty in the critically-acclaimed Netflix series AMERICAN VANDAL. He has also completed filming on the horror film Confessions of an Exorcist, where he plays Dr. Thane Knoles. Carrigan has also continued to stretch his comedic muscles performing at comedy shows in California.

We’ll be sure to let you know as soon as there is more information on when and where you can see Carrigan on the big screen, and for more news on your favorite Y&R stars — past and present — keep reading the CBS edition of Soaps In Depth magazine!

Eric Braeden Addresses the Concern About His Health