Scott and Abby are finally about to be rescued in these spoilers from THE YOUNG & THE RESTLESS! But back in Genoa City, Jordan could be in big trouble when Hilary breaks a new story!

Trapped in the storage locker, Scott began suffering PTSD from his imprisonment in the Middle Eastern Prison, and Abby comforted him. Unfortunately, one thing led to another, and the chemistry between the frenemies finally exploded as things took a passionate turn! So when Paul and Sharon follow up on their lead and arrive at the storage locker, what will they find inside when they pull open the gate? 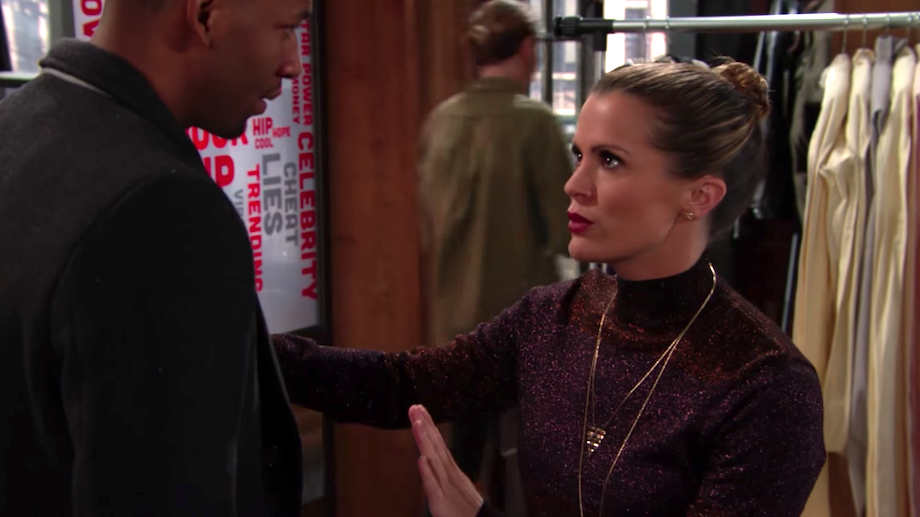 At the GC Buzz Studio, Hilary is trying to do the right thing by helping air updates on the search for Abby and Scott, but that doesn’t mean she’s done trying to get revenge on Jordan by exposing his sketchy past. Chelsea urges the photographer to make himself scarce before he makes it any worse. “My advice,” she suggests, “you get out of here while you still can.” But Jordan is determined to stand his ground, declaring: “I’m sticking around here to make sure this mess doesn’t get any worse!” And at the desk, during a break in filming, Hilary receives a note. “What is it?” Mariah asks, looking over. Hilary just smiles and responds: “Breaking news.” But which Genoa City scandal is she going to expose this time?

Which of These Soap Families Would You Want to Spend the Holidays With?