The higher they are, the harder they fall, as the saying goes. And in these spoilers from THE YOUNG & THE RESTLESS, the Abbotts could be setting themselves up for a big fall. Although not before they take Billy and Victoria down first!

At Brash & Sassy, Billy complains to Victoria that they seem to have hit a dead end. “After everything we’ve done to beat Jack?” he argues. “It could be all for nothing.” Because Jack is on to Billy’s scheme to access the private Jabot servers to steal company secrets to give them an edge up on the competition. But Jack’s not worried about that at the moment because he’s showing Ashley the Innovator of the Year Award that she is being honored with. “Your name and Dad’s are linked together with this honor forever,” Jack declares. Ashley beams with pride, clearly touched by the honor and the idea of being given the same award as her father. But that bubble could soon burst! 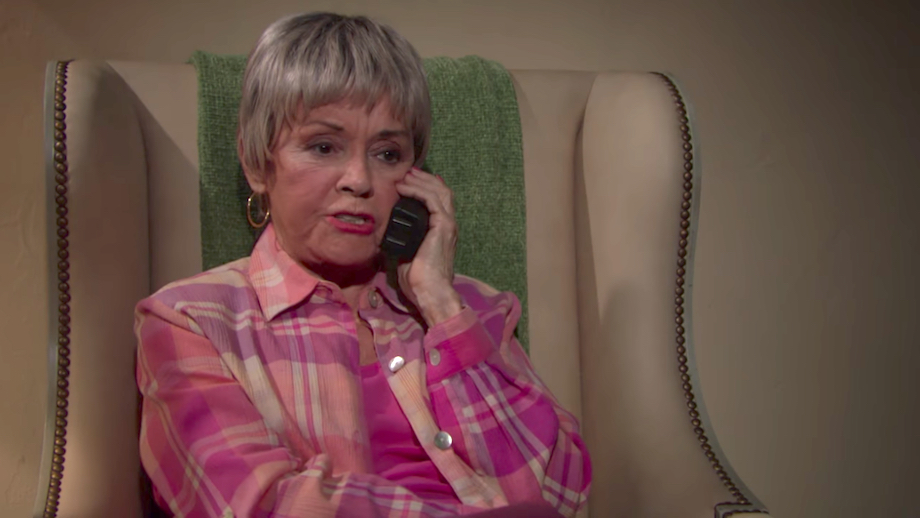 Myrna won’t let Graham stop until they have their revenge! (Photo Credit: CBS)

Jack and Ashley were suspicious of Graham, but it now seems that their family isn’t so much his target as it’s their mother, Dina! On the phone with his own mom, Graham listens as she berates him into shaping up. “Don’t get soft, Graham,” Myrna demands. “Not when we’re so close to paying that bitch Dina back for what she did to us!” Will Graham agree to follow through with their plan, or is he having second thoughts now that he’s gotten closer to Dina and the Abbott family?