The fallout from the truth bomb dropped at Ashley’s part continues to shake Genoa City to its core in these spoilers from THE YOUNG & THE RESTLESS. As Dina struggles to comprehend what just happened, Ashley turns on Graham and things get ugly! Meanwhile, the Newman family is rattled by Nick’s shocking decision that could prove to be a costly mistake!

After Graham publicly announced that Dina destroyed his life and she blurted out her shock that his revenge revolved around Ashley’s biological father, Brent Davis, he taunted Ashley as “The Untrue Abbott.” All eyes on her, Dina breaks down in tears, sobbing: “This is enough!” Furious, Ashley claps her hands, loudly applauding. “Bravo!” she shouts. “Let’s hear it for Graham!” But when Graham reaches out to take Dina’s shoulder to escort her out of the party, she flatly refuses. “No!” she declares. “I’m staying.” Ashley turns to Graham and orders: “You get out now. Or I’ll call security and have you dragged out.” 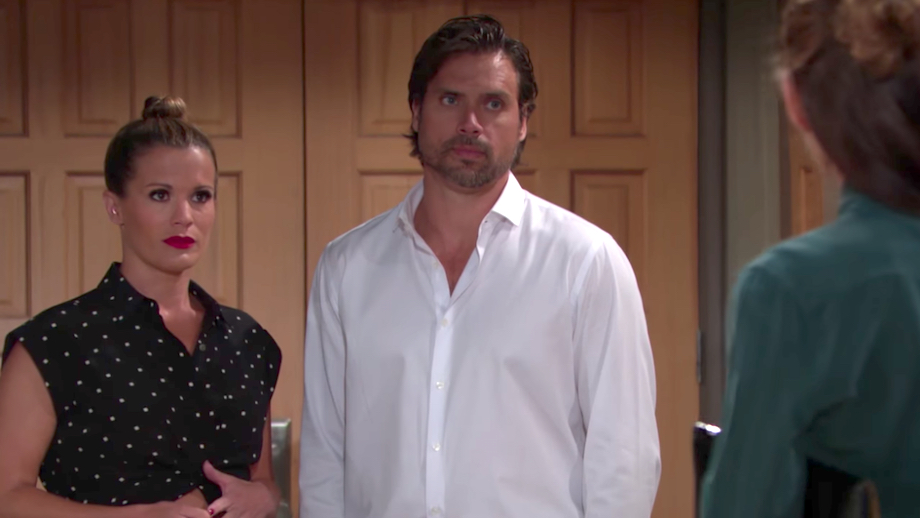 As the Abbotts deal with the shocking revelation about Ashley’s parentage, the Newmans are reeling from Nick’s decision to give all of the money he won in the lawsuit against Victor to charity so that no one can claim he’s riding his father’s coattails anymore. But Victoria is absolutely stunned by his unexpected move and warns he’s gone too far. “Doing what you did just to spite Dad,” Victoria declares, “it’s certifiable!” Will Nick come to regret his decision?

Don’t miss this tease for the next can’t-miss episode, and for more Y&R previews, keep reading the CBS edition of Soaps In Depth magazine!