Secrets are on the verge of being revealed in these spoilers from THE YOUNG & THE RESTLESS!

Ever since her mother returned to Genoa City, Ashley has been wary of Dina’s behavior, especially since she kept trying to make nice with the family. And now she’s getting suspicious of Dina’s right-hand man, Graham! Confronting the mysterious newcomer at the bar, Ashley digs for the truth. “Who are you?” she demands to know. “What is your relationship with my mother?” Just what are Dina and Graham up to? And is Ashley likely to get any answers at all? 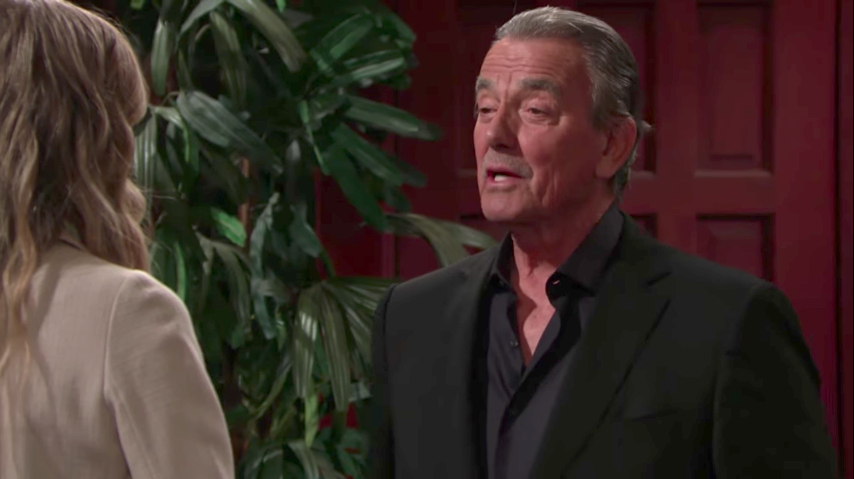 Victor is on to Abby! (Photo Credit: CBS)

MUST SEE: Elizabeth Hendrickson Reveals What’s Next After Y&R!

Over at the Newman Enterprises offices, Abby attempts to come clean with Victor. “I just really hope what I’m about to say, it doesn’t change that…” she starts. But Victor steps forward and casually asks, “Does this have to do with the secret you’re keeping from me?”

At the ranch, Nick opens up to Nikki about his plans for the future that he hopes can still include Chelsea. “I want a relationship that’s built on honesty and trust,” he insists. “I don’t want to be like you and Dad.” Nikki’s face falls as she realizes she and Victor haven’t been the best example for their children. Does Nick have any chance of living a normal life?