After the explosion at The Underground, the kids are safe, but Billy’s life is still in jeopardy in these spoilers from THE YOUNG & THE RESTLESS! As Jack desperately begs the firemen to do something to save his brother, Nick and Victor resume their ongoing battle of wills.

With Billy trapped inside the collapsed building, his friends and loved ones have gathered at the site of the fire to await news of his rescue. Jack, in particular, is champing at the bit for the authorities to do act and willing to go inside himself if it comes to it! “I can’t let you go in there, sir,” the fire chief insists, holding up his hand to stop him. But Jack will not stop until his brother is safe. “You’re going to have to restrain me,” the tycoon warns the fireman. “You’re not going to be able to keep me away from my family!” Inside, Billy lays unconscious in the dark under the rubble — is it already too late to save him? 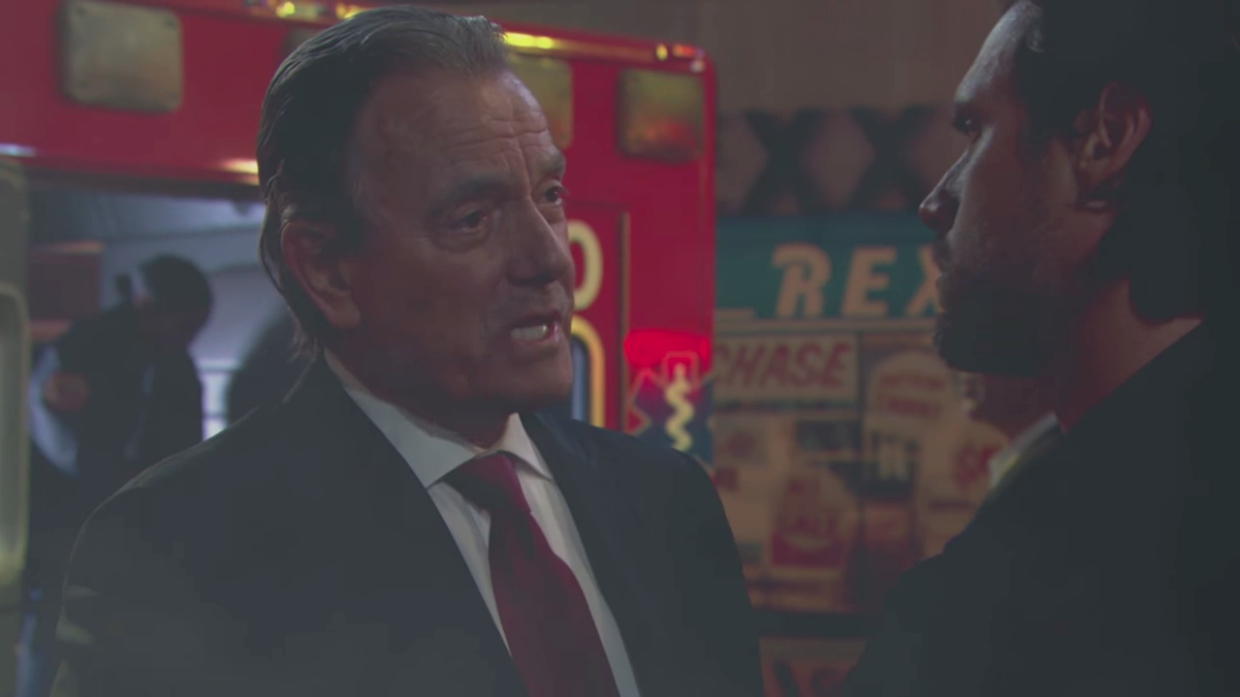 With his club utterly destroyed, Nick is wondering how he’ll rebuild. Which means it’s the perfect time for Victor to rub a little salt into the wound! “Don’t worry, Dad,” Nick assures his father. “I’m not gonna be coming to you for any help.” Victor leans into his son and warns: “You won’t get a dime from me. I don’t care how far down you sink. Not a dime!” Way to kick him when he’s down, Vic!

Don’t miss this tease from today’s thrilling episode, and for more Y&R previews, keep reading the CBS edition of Soaps In Depth magazine!

Is Billy Going to Die on Y&R?