Jack is intent on destroying Brash & Sassy, but Billy has a plan to strike back at his brother in these spoilers from THE YOUNG & THE RESTLESS. The only question is who will get caught in the middle when these two clash?

At the office, Jack and Ashley are going through some papers when he leans back in his chair and announces, “Mother is suddenly an asset at Jabot.” Little do they know Graham had a part in her success! And over at the club, Phyllis and Billy are enjoying a meal when talk turns to business. “You mentioned you want to ‘hit back’ at Jack,” she remarks. “You care to tell me what you have in mind?” Without moving his head, Billy’s eyes dart over to the side to glance at Dina, who is dining with granddaughter Abby. A slight smile plays on his lips. What is he plotting? 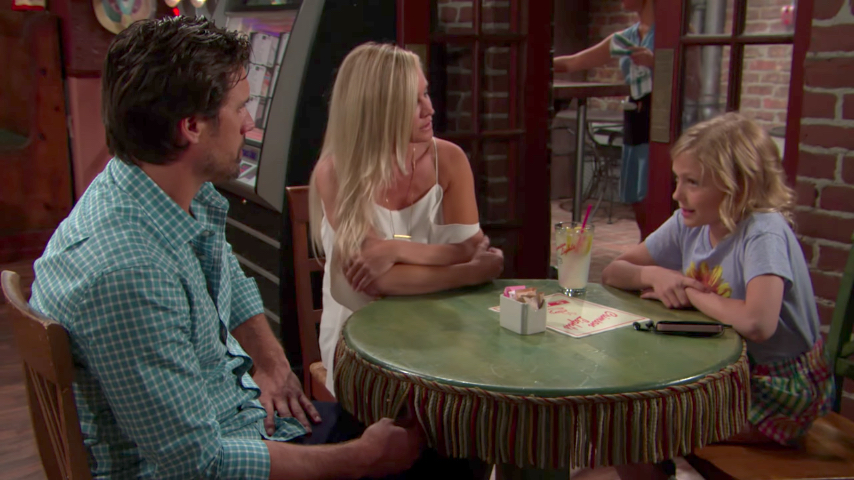 Faith knows all about what she missed while she was away! (Photo Credit: CBS)

MUST SEE: Chrishell Stause Is Getting Ready to Marry Justin Hartley

At the coffee shop, Nick and Sharon catch up with their daughter who has just returned from camp but seems up on all the latest Genoa City gossip! “Grandpa needs company now that grandma’s moved out,” Faith declares. Nick is startled and asks: “How do you know about that?” Faith’s eyes dart between her parents as she tries to come up with a response. Nick would hit the roof if he knew that she was already being wrapped around Victor’s little finger!