There’s big trouble on the horizon in these spoilers from THE YOUNG & THE RESTLESS!

The deposition got off to a rocky start when Victoria blew up at Juliet and called her a liar, but things are about to take an even crazier turn when new evidence is introduced! “What’s this about?” Michael asks as Leslie opens up her laptop to broadcast to the television monitor in the office. “Hotel footage from the night in question,” the attorney replies, calling up security camera video showing a drunk Cane in Juliet’s arms. On the couch, Victoria’s eyes remain glued to the screen, while Billy and Lily look accusingly over at Cane. Michael turns to his client, stunned. Is this the final nail in the coffin for Cane’s defense?

MUST SEE: CBS Announces Y&R and B&B Have Been Renewed! 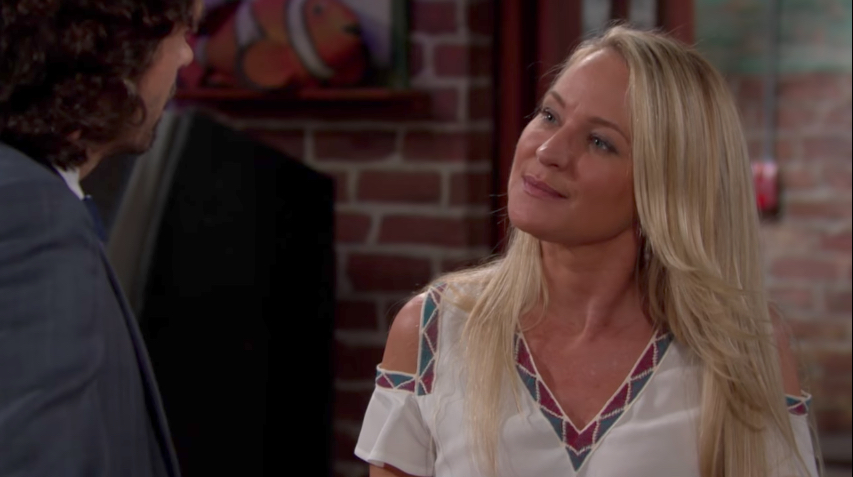 MUST SEE: Win a Muse Mattress and Pillow Set!

Meanwhile, Sharon suspects something not quite right is going on and shares her fears with Scott. “It’s Abby’s new business partner, Zack,” she confides. “I just think he’s hiding something.” And sitting at a table nearby, Zack balks when he hears Abby’s new plan. “You want our third date to be a night out with your family?” he asks. “Sorry.” Abby looks up at him, aghast. “You decline?” she asks, annoyed. What is he really up to, and will Abby figure it out before she gets hurt?

Don’t miss this tease from today’s explosive episode, and for more Y&R previews, keep reading the CBS edition of Soaps In Depth magazine!

Everything You Need to Know About Juliet’s Cuthroat Attorney, Leslie!