Cane’s life continues to fall to pieces in these spoilers from THE YOUNG & THE RESTLESS! Bad enough he’s having a baby with another woman, but now other things from his past are cropping up to cause trouble!

At the hospital, Victoria runs into Juliet in the hallway. “Is Cane here?” she asks casually. Juliet smiles and admits, “No, he’s not here. But I just saw our baby for the first time.” Will Cane want to see a photo of the sonogram? Maybe not right now, as he’s a little busy dealing with another crisis! He answers the phone only to find a voice from the past on the other end of the line. “Hey, Cane,” the caller says cheerfully. “It’s Jesse, your favorite camera man.” But Cane’s face falls when the guy declares: “I need your help.” Cane had Jesse edit in the incriminating footage of Billy with the hockey team in the hopes of getting him fired, but it backfired. And now it looks like his past crime is coming back to haunt him! 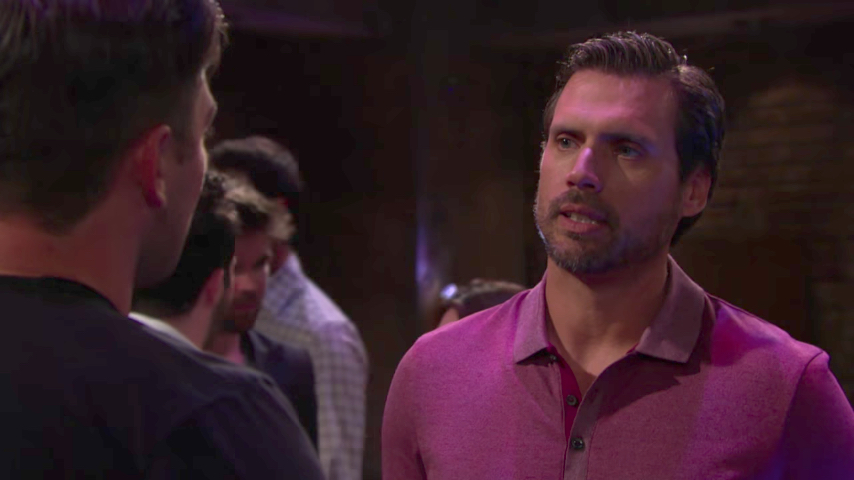 At The Underground, Nick and Noah are discussing their plans to turn the club into a franchise, but Noah can see his father isn’t as enthusiastic about it as he is. “If you want to rethink this partnership,” Noah warns, “you need to tell me… now.” But is Nick really reconsidering his plans with Noah or is he just distracted by all the drama that Victor has caused in his life?