Things are looking up for Cane in these spoilers for THE YOUNG & THE RESTLESS! Of course, you can’t really say the same for poor Nick, whose life is a shambles after that shocking news report!

After being fired from Brash & Sassy over the sexual harassment suit, Cane has been looking for work. Unfortunately, while it seems Devon and Neil aren’t interested in hiring him, there’s someone else who is! “Your dad may not have any use for me,” he informs Lily, “but Jack Abbott is fascinated by what I have to offer.” Meanwhile, over at the Brash & Sassy offices, Victoria is still upset that Jack is putting the moves on Nikki again to steal her away from Victor. “There was Jack,” she tells Billy, “waiting to swoop in and take advantage.” Billy sighs and responds, “Just like he’s about to do with Cane.” Is there anything they can to do sabotage Cane’s prospects with Jack? 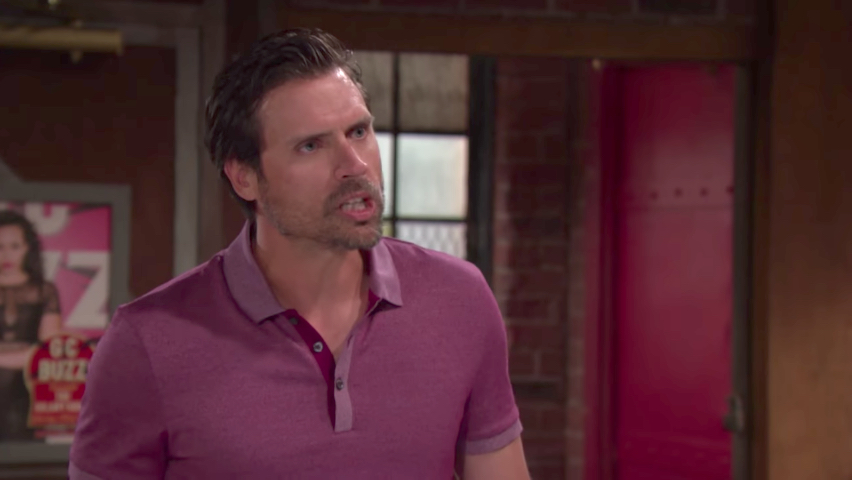 Nick was absolutely stunned to see the secret footage Hilary taped of his fight with Victor on the news, and storms over to the studio to confront her. “I’m gonna sue you and shut this place down,” he warns. Hilary just stands her ground a slight smile on her face. Since Victor gave his permission to run the footage, there’s not really anything Nick can do about it… can he?