It’s time for the truth to be revealed in these spoilers from THE YOUNG & THE RESTLESS!

Juliet’s claims of sexual harassment have already cost Cane his job and quite possibly his marriage to Lily. But he’s not about to sit back and let this woman destroy his entire life. “We’re going to go and have a paternity test,” Cane warns Juliet. “Right now.” She insists that the baby she’s carrying is the one she conceived in Japan during her night with a drunken Cane, but could this just be another lie to help her scheme succeed? 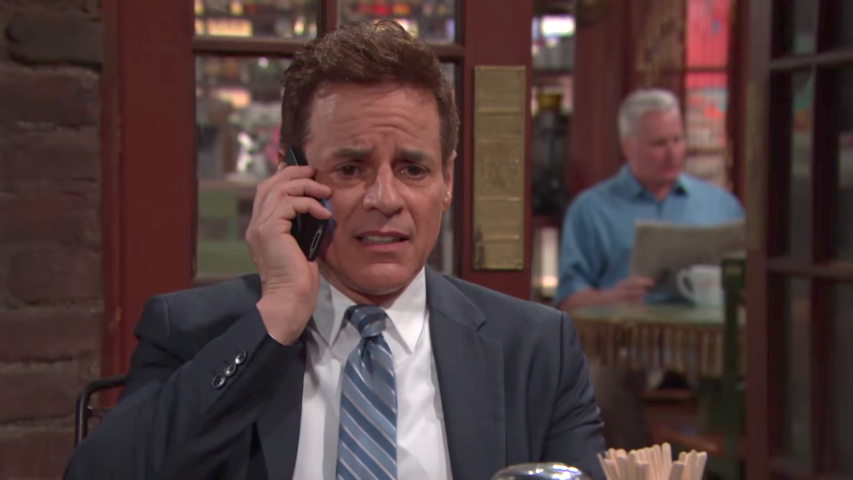 Michael doesn’t like the news he gets about Kevin! (Photo Credit: CBS)

MUST SEE: Relive the Roller Coaster Relationship of Kevin and Chloe!

Sitting at the coffee shop with Paul, Michael makes a call to get an update on his brother’s whereabouts. “Kevin Fisher,” the attorney says, annoyed. But what he hears next sends chills down his spine. “He never checked in?” Michael asks as Paul leans in. Can they figure out what Kevin is up to with Chloe and talk him out of it? Or is it already too late?

At the pool, Jordan is soaking up some rays with Hilary when he puts a damper on their sunny afternoon. “You knew Juliet was pregnant, didn’t you?” he sighs. Hilary pauses and takes a deep breath. Her relationship with Jordan is already on shaky ground because of her scheming and lying, so what she says next could make or break them!

Michael Muhney Speaks out on Rumors He’s Coming Back to Y&R!