Whether business or pleasure, nothing’s going according to plan in these spoilers from THE YOUNG & THE RESTLESS!

Having returned home from his trip to Japan, Cane is happy to see his family again but still overcome with guilt over what he fears he may have done with Juliet during his drunken night celebrating in Tokyo. But then he finds out he has even more to worry about when he learns of Lily’s stalker and Jordan’s rescuing her. “If my wife had another man sleep over while I was out of the country,” Colin remarks to his son in the kitchen, “I might be a bit suspicious.” But can Cane really be jealous of Lily possibly rekindling old feelings for Jordan when he doesn’t know what he did with Juliet? 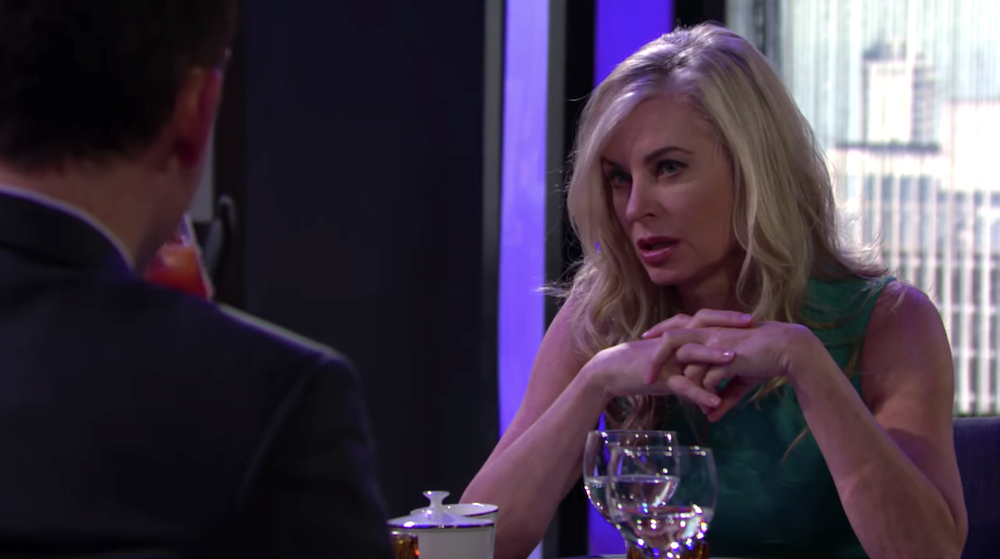 Billy tries to get the dirt out of Ashley. (Photo Credit: CBS)

At Top of the Tower, Billy has a drink with Ashley and confides, “Grapevine tells me there’s a power struggle at Jabot.” How much will Ashley tell her brother about the corporate intrigue at Jabot, seeing as he’s working for the competition? Meanwhile, back at the Jabot offices, Gloria takes charge when Ravi enters Jack’s office. “I know that you and Ashley have a special connection,” she teases. “But let’s not forget who the big boss is around her.” While she’s talking about Jack, could Gloria be imagining herself in charge of the company?