There are surprises galore in these spoilers from THE YOUNG & THE RESTLESS!

Now that Juliet has made her sexual harassment lawsuit against Brash & Sassy public, she warns Billy that it’s time for him to pick a team. “If you’re smart, you’ll be on my side,” she smiles. “Because ever since my first day on the job, Cane’s been hoping to get you fired.” Meanwhile, fearing his liaison with Juliet is about to be revealed, Cane rushes home to try and salvage the situation with Lily. “There’s something you need to know,” he admits cautiously. Lily looks both confused and a little worried. How much of the truth will Cane tell her, and how will she react to the shocking truth about what happened between him and Juliet in Tokyo?

MUST SEE: Relive the Tortured History of Kevin & Chloe! 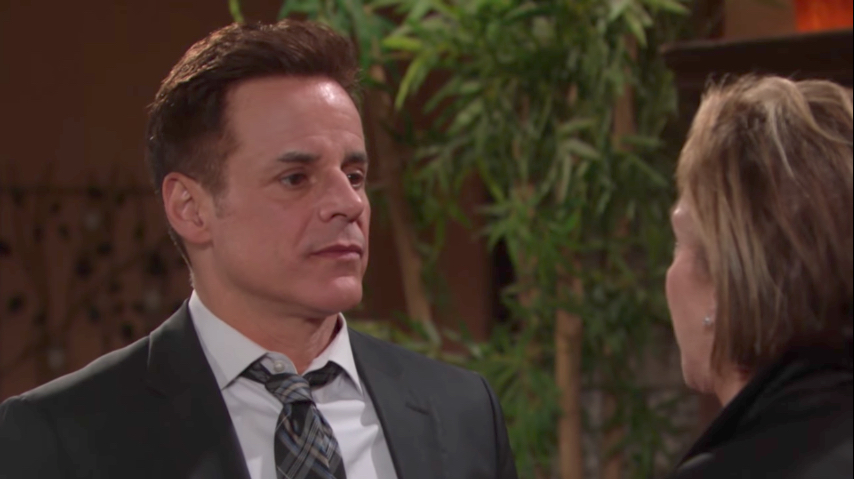 Michael and Gloria have no idea what’s really going on! (Photo Credit: CBS)

MUST SEE: Elizabeth Hendrickson Asks For Fans’ Help to Say Goodbye to Y&R!

Over at Lauren and Michael’s, Gloria wants to know what’s keeping Kevin from joining the rest of them after the funeral. “He wanted to say a private goodbye to Chloe,” Michael reminds his mother. But she isn’t having any of it. “The woman is dead!” she shouts. “How long can that possibly take?!” Of course, none of them have any idea exactly what’s going on back at the church where Kevin fainted after Chloe’s coffin opened suddenly from the inside! Now it’s time for the truth to finally be revealed!

Do not miss this tease for today’s shocking episode, and for more Y&R previews, keep reading the CBS edition of Soaps In Depth magazine!

Jess Walton and Tristan Rogers Are on Their Way Back to Y&R!