Some lives are falling apart and others are on the verge in these spoilers from THE YOUNG & THE RESTLESS!

His drunken night with Juliet has cost Cane his job and possibly his marriage to Lily, so his future is looking pretty bleak right now. As he sits on the couch with his head in his hands, Jill throws her own hands up in the air and laments, “I don’t know how your family’s ever gonna recover from this.” Cane wipes his face and looks up, admitting: “I don’t know if we will.” Can he and Lily repair their relationship, or has the damage already been done? 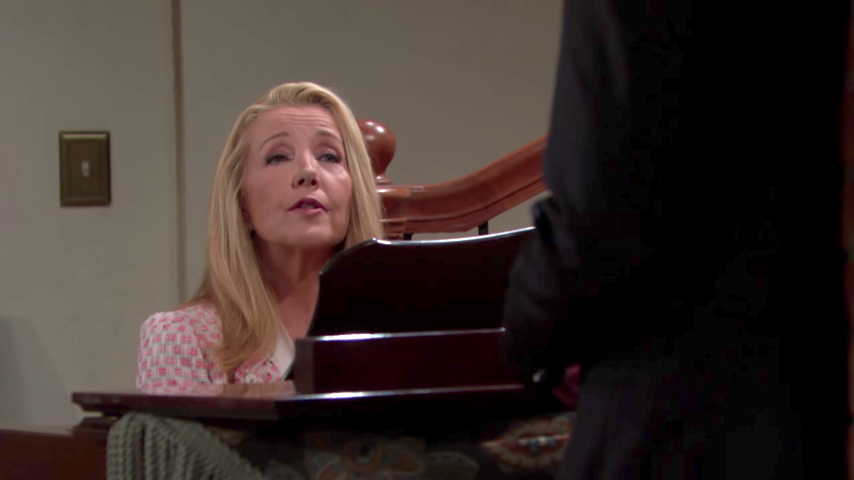 MUST SEE: Elizabeth Hendrickson Reveals What’s Next After Y&R!

Despite her MS flaring up, Nikki seems intent on going through with performing at the concert that Victor arranged for her. Jack pays her a visit to check up on her and finds her at the piano rehearsing. “I am more than ready for tomorrow’s performance,” she promises him. “And you are going to be there to hear it.” But is she going to regret this decision?

Meanwhile, Hilary is confused when Victor wants to meet with her. “What exactly did you want to talk to me about?” the reporter asks him, stone-faced. Victor sits behind his desk, arms folded across his chest with a smile. “The story that the audience would actually like to see,” he responds. What does he have in mind, and will Hilary go along with it?