As a fire rages through The Underground in these spoilers from THE YOUNG & THE RESTLESS, lives hang in the balance! Will attempts to rescue the teens put more people in danger? Plus, Mariah has reached her breaking point and confronts Tessa!

Learning of the blaze and the fact that his twins, Mattie and Charlie, are trapped inside the club with Reed, Cane rushes to the site and pushes against the firemen, who try to restrain him. “Please get them out!” he begs. “If you don’t go in there, then I’m going in there!” He struggles to break free from their grasp, but they’re determined to keep him from endangering himself. But Billy has made his way inside the burning building making his way through the flames towards the kids. “Charlie, Mattie, you in here?” he calls out through the smoke. “Reed?” Will anyone make it out alive? 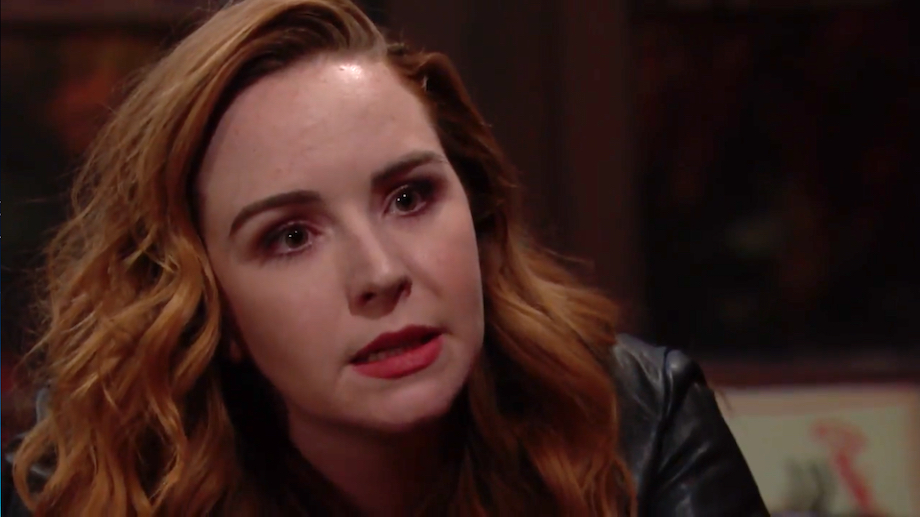 Mariah wants Tessa to put up or shut up! (Photo Credit: CBS)

Mariah has been fighting her feelings for Tessa for ages because the singer doesn’t seem to return them. But despite Tessa’s relationship with Noah, Mariah believes there is something genuine between them and confronts her friend. “Jump in,” the redhead urges, “and tell me if that kiss meant something to you, too.” Will Tessa confess her feelings? What are her feelings anyway?

At the GCAC, it looks like things might be over between Hilary and Jordan when he lashes out at her. “You’re a joke, Hilary,” he declares angrily. “You’re all hairspray and nail tips.” And in response, Hilary picks up a glass from the bar and throws a drink right in his face! Is this what they call foreplay?

Kristoff St. John Speaks Out for the First Time Since His Hospitalization