There’s plenty of bad news to go around for everyone in these spoilers from THE YOUNG & THE RESTLESS!

Chelsea asked Jordan to look into who got Chloe her passport so she could try to track down her former friend and get justice for Adam’s death. “I promised you I’d ask and I did,” Jordan tells her upon his return. “But you’re not gonna like what I found out.” Chelsea braces herself for the new information. Will she be able to find Chloe and have closure on this whole awful mess, or should she just leave the detective work to the professionals?

MUST SEE: Greg Rikaart Confirms He Is Leaving Y&R! 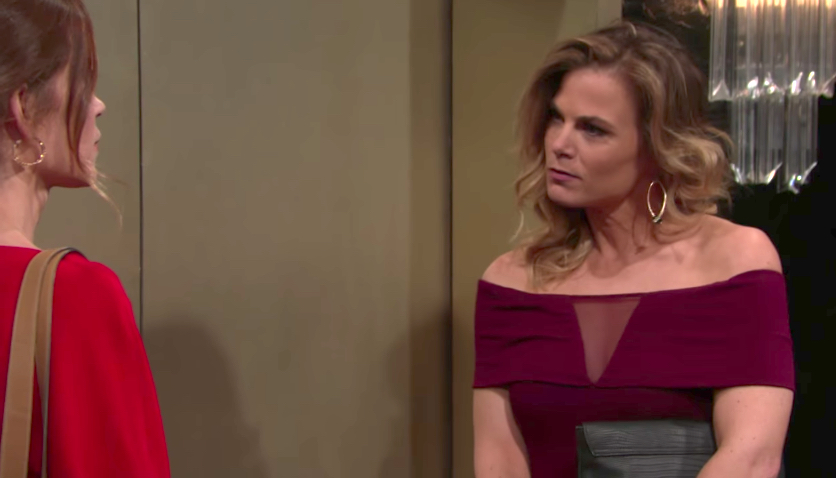 MUST SEE: Jess Walton and Tristan Rogers Returning to Y&R!

Still bitter that Billy has renewed his relationship with Phyllis, Victoria isn’t thrilled when she runs into the redhead outside of the elevator. “Do you… have a second?” Phyllis asks. Betraying no emotion, Victoria responds: “Not really.” But Phyllis isn’t so easily dissuaded. “This won’t take long,” she promises. Victoria frowns as she waits to hear what she has to say. Just what does Phyllis want to get off her chest?

Meanwhile, Abby drops by Jack’s office where he warns her: “You’re going to have to play this very carefully.” At that moment, Ashley happens to walk into the office and overhears the conversation. “Play what carefully?” she asks. Abby turns to her mother. Will she admit what’s troubling her?

The Most Stunning Red Carpet Looks at the 2017 Daytime Emmys!