It’s a race to uncover the truth in these spoilers from THE YOUNG & THE RESTLESS!

Chelsea is desperate to track down Chloe and bring her to justice, but Victor — trying to cover his own involvement in aiding and abetting the criminal — demanded that Nick stop his girlfriend from involving herself in the investigation. However, Nick knows that his father was involved in Chloe’s mad plans, and isn’t exactly eager to help Victor keep his hands clean. “Go find Chloe,” Nick insists to Chelsea. “Do whatever it takes to find her. You need this.” But how far will Nick go to help Chelsea’s search?

MUST SEE: Eric Braeden and Michelle Stafford Reunite for a Revealing Chat! 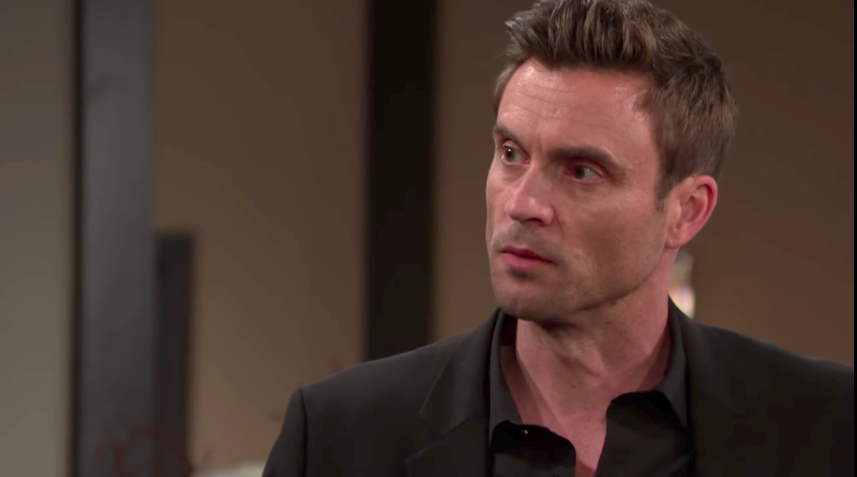 Cane’s plan may have backfired in a big way! (Photo Credit: CBS)

MUST SEE: Win a Gift Bag From the 2017 MTV Movie & Television Awards!

After the clip of Billy making bets with the hockey players aired, the team’s deal with Brash & Sassy fell apart. Victoria is furious, but Billy demands to know why that particular footage was edited into the backstage clips! “Jesse shot and edited all the behind the scenes footage,” Billy reminds the group. Cane accuses Billy of trying to pin this on the editor, but Victoria wants to get to the bottom of this. “Okay, get Jesse down here as fast as you can,” she orders Cane. “We need to talk to him immediately.” But seeing as how Cane was the one who told Jesse to edit that clip in to make Billy look bad, how helpful will the Aussie be?

Over at Newman Enterprises, Scott continues shadowing Abby under Victor’s orders, and it’s driving her up the wall. But he gives just as good as he gets! “What school did you go to?” he teases. “I think it was the University of My Daddy Just Handed Me This Job.” This is already getting ugly, but how much worse will it get before someone gets seriously hurt?

Jason Thompson Announces His Wife’s Pregnancy With Beautiful Photos of Her Baby Bump!