Chloe’s life hangs in the balance in these spoilers from THE YOUNG & THE RESTLESS!

Nikki realizes the real reason why Victor is in a mood. “They found Chloe, didn’t they?” she asks him. Will the truth about Victor’s involvement in her escape be exposed? Meanwhile, down in Louisiana, Chelsea has broken into Dr. Harris’ home to make a horrifying discovery: Chloe unconscious on the floor surrounded by pills. Chelsea looks quickly at the empty bottle before reaching down to shake Chloe’s shoulders. “Oh God, no,” she gasps. “Chloe, wake up! Chloe, wake up!” Was this Chloe’s way of escaping justice, or is there something else going on here?

MUST SEE: Y&R’s Elizabeth Hendrickson Reveals What’s Next For Her! 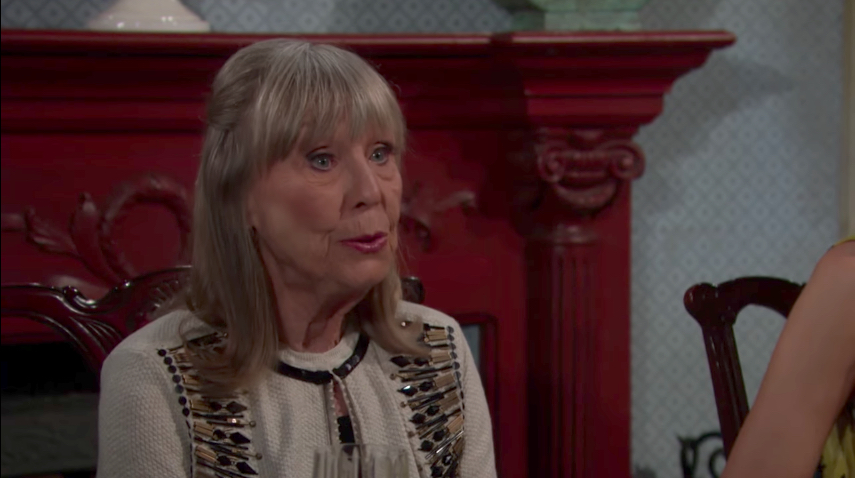 MUST SEE: Everything You Need to Know About Dina Mergeron’s Past!

As the Abbott family gathers together for dinner, Dina decides to stir the pot! “I know you and Ashley always had sibling rivalry,” the matriarch remarks. “I mean, that’s just something a mother doesn’t forget!” Jack just pauses at the comment and glances at his sister. Abby smiles politely as she looks over at her mother. Ashley forces a tight smile onto her face as she cuts into her meat while at her side, Traci takes a sip of wine and braces herself for whatever’s coming next. Can the Abbot family find peace? Or has Dina already done too much damage?