Chelsea has a real blast from the past in these spoilers from THE YOUNG & THE RESTLESS! But will it blow her world apart?

After learning the truth about Chloe killing Adam, Chelsea finally feels like she’s putting the drama behind her and getting back to normal… which is exactly when things take another turn! At The Underground, Chelsea is surprised to run into Jordan. “So we’re agreeing to not to let anyone know about our… former friendship?” he asks carefully. Chelsea has quite a checkered past, so what part did Jordan play in it? 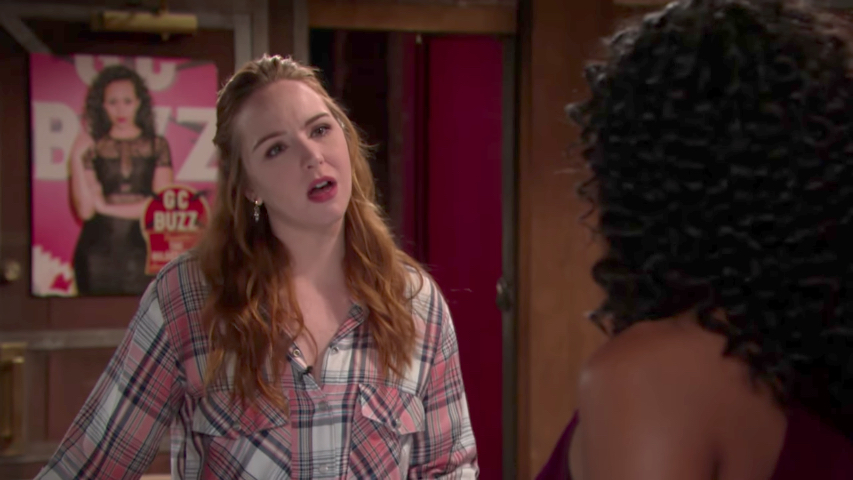 MUST SEE: Everything You Need to Know About Dina Mergeron!

Mariah is getting sick of Hilary constantly insisting that she and Devon will only ever be friends. “I don’t want to be late,” she informs her co-worker. Hilary asks for what, and Mariah replies, “Just a ride with Devon. On his private jet.” Clearly, Hilary isn’t over Devon, but is his relationship with Mariah the real deal or is he just using her to get over Hilary?

Scott is startled when he has drinks with Victor and The Mustache drops a bombshell on him. “What I’m telling you is that there’s going to be no book,” Victor says, taking another sip of his drink. Will Scott let him back out of doing this biography that easily?

Exclusive Photos From Inside the Daytime Emmys Nominee Reception!

Ryan Ashton Joins the Cast of Y&R as Zack!