The holiday season is fast approaching in these spoilers from THE YOUNG & THE RESTLESS. And while Chelsea and Nick are looking forward to their first Christmas together, Jack and Dina struggle with the realization that this may be their last.

Jack has plenty to deal with, catching Billy and Phyllis getting hot and heavy on Gloria’s desk at Jabot when he steps out of his office. “I gather you two have kissed and made up?” he snarks. But he can’t be bothered about his ex and his brother rekindling their relationship because he has to face the reality of his mother’s Alzheimer’s. “I love you,” Dina assures Jack at home while they decorate their family tree. “Now, and always.” Jack smiles and embraces his mother in front of the softly glowing lights. “And I love you.” Will this be the last Christmas mother and son spend together? 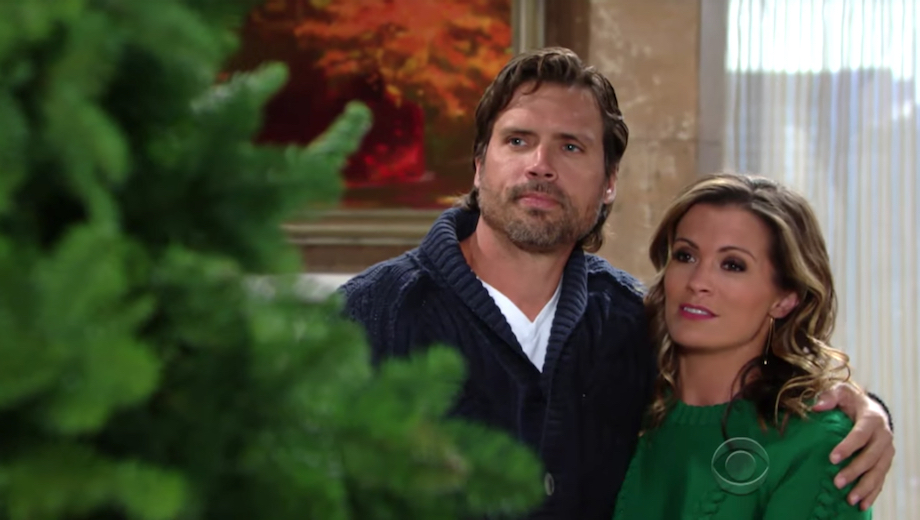 Will Nick and Chelsea’s holiday go off without a hitch? (Photo Credit: CBS)

As Nick and Chelsea begin to decorate the apartment for the holidays, she marvels at the evergreen he has erected in the living room. “Ah, it’s our first tree,” Chelsea sighs as Nick puts his arm around her. Later, as they dig through the boxes of decorations, Nick turns on the charm. “I have serious ho ho mojo,” he grins, moving in for a passionate kiss. But while he was able to accept the parts of Chelsea’s shady past as a con artist that recently came to light, might she have more skeletons in her closet that could sabotage their chance at a future together?

Check out this tease for the week to come, and for more Y&R previews, keep reading the CBS edition of Soaps In Depth magazine!

Sharon Case Previews What’s Next for Sharon and Scott

Did You Catch Naomi Judd’s Surprise Cameo on Y&R?

Thad Luckinbill Is Back on Set at Y&R!