Dylan’s fate remains a terrifying mystery in these spoilers from THE YOUNG & THE RESTLESS!

It’s been so long since she’s heard any update at all about Dylan’s dangerous undercover operation, and the lack of news regarding her husband has Sharon at the end of her rope. Attempting to have a nice meal with Mariah, she confesses, “If Dylan is suffering because of something I did, I would never be able to forgive myself.”

Meanwhile, in Miami, Paul investigates the crime scene looking for any trace of Dylan. The CSI tech informs him that the small amount of blood splattered on the floor of the warehouse will make getting a DNA match take more time than usual. But Paul frantically insists, “I have to find out what happened to my son!” What will the investigation turn up? Where has Dylan disappeared to? And is he even still alive? 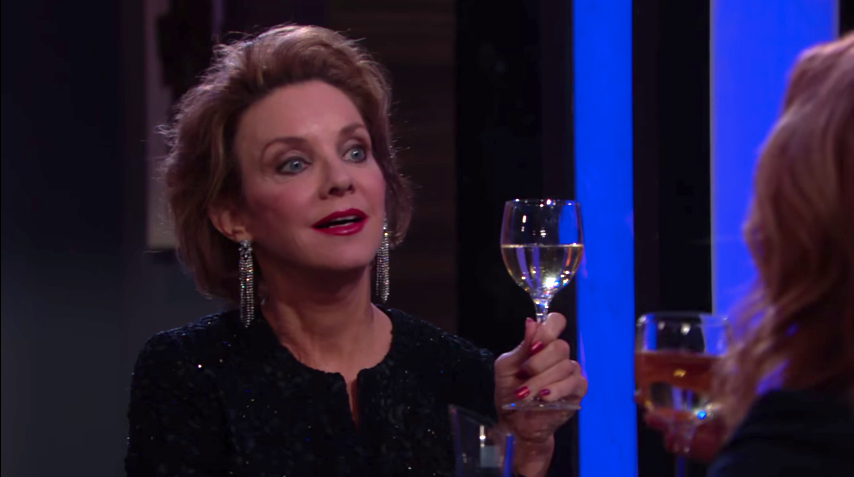 When Lauren proposes a toast, Gloria casually asks, “What are we drinking to?” Lauren raises a glass and replies, “Your specialty — backstabbing.” Gloria chokes as she tries to maintain her cool. Has Lauren discovered exactly what Gloria has been up to with Jack? And can she stop her mother-in-law from making things any worse as she struggles to save her floundering business?