Warnings are given in these spoilers from THE YOUNG & THE RESTLESS, but will anyone listen?

After all the recent drama, Dina tells Graham that she wants to make things right. “I feel I should go see Jack and… clear the air,” she declares. But while Graham is willing to let Dina out of his sight, he leaves her with something to think about. “Just don’t let him talk you into anything,” he cautions. Just what is the relationship between Dina and Graham, and can her family rescue her from him? Do they need to?

MUST SEE: Daytime Stars Who Are the Best Real-Life Dads! 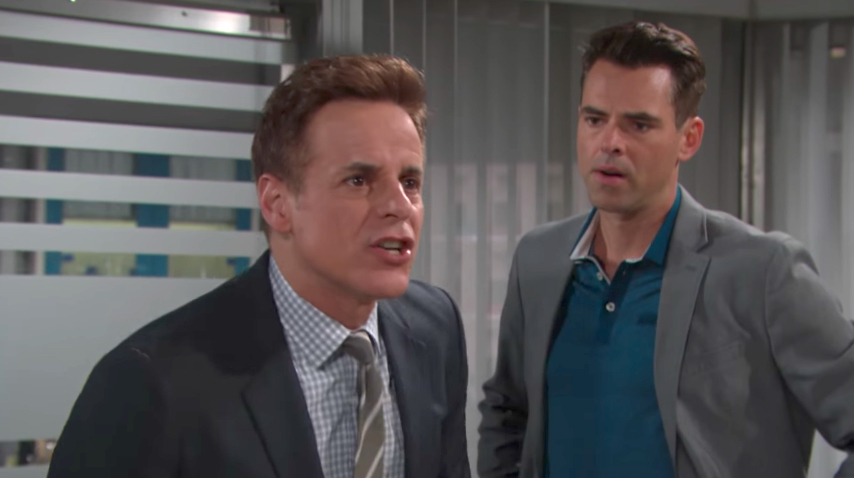 At the GC Buzz studio, Lily tries to stop Hilary from reporting on Juliet’s sexual harassment lawsuit. “If you go on the air with baseless claims against Cane,” Lily threatens, “you’ll be the one getting sued.” But the real news is going on over at the Brash & Sassy offices, where Michael is horrified to learn that Cane confronted Juliet personally to try and get her to drop the charges. “You just handed her a huge present,” Michael shouts, leaning across the table. “A winning case all wrapped up in a nice, shiny bow!” Cane’s face is inscrutable, but Billy and Victoria look on nervously, wondering what this means for the future of the company.

Who Is Juliet’s Attorney on Y&R? Here’s Everything You Need to Know About Leslie!

Relive the Tumultuous Relationship of Y&R’s Kevin and Chloe!