Secrets are notoriously hard to keep in Genoa City, and in these spoilers from THE YOUNG & THE RESTLESS, Graham is caught in a lie and Billy is caught with his hand in the cookie jar! It’s going to take some smooth talking to get out of these sticky situations!

Digging into Graham’s mysterious past, Ashley and Jack discovered that his dead mother is very much still alive and kicking, and he’s paying for her pricey nursing home with the money he’s earning from Dina. And it looks as though Dina has discovered the truth herself when she confronts Graham in her room. “The question is,” she says carefully, “is your mother alive?” Graham looks like a deer caught in headlights at the very question — can he charm Dina into believing whatever new lies he concocts to cover his true intentions? 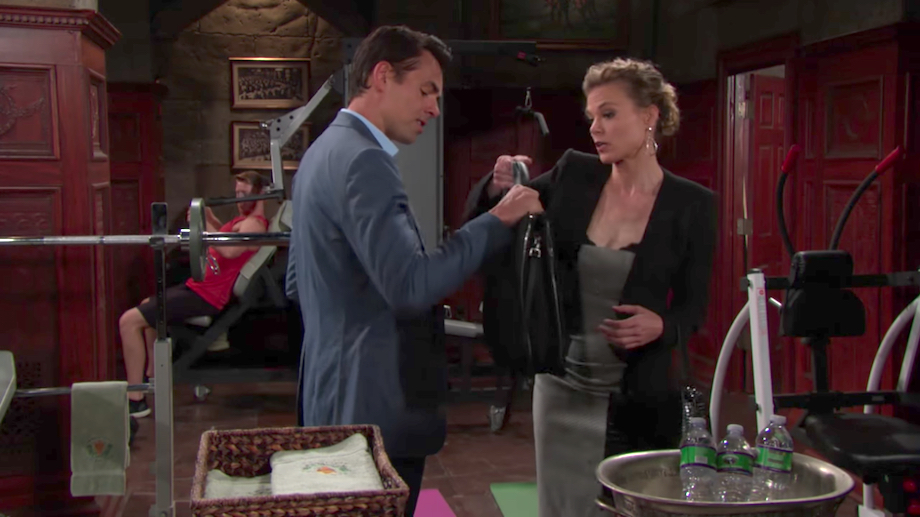 Billy is about to be caught red-handed! (Photo Credit: CBS)

At the Genoa City Athletic Club, Phyllis is about to go put her bag containing her laptop in her locker, but Billy reaches out to take it from her instead. “I’ll take this,” he insists, pulling it out of her grasp. “You don’t have time to put this in your locker. You go ahead.” Phyllis shrugs it off, but clearly, Billy plans to use his girlfriend’s laptop to access the secure Jabot servers once again. And sure enough, Ravi comes bursting into Jack’s office to interrupt his conversation with Ashley with the news. “Dina’s password was used to log into the server,” he announces in a panic. Ashley looks to Jack, who proclaims: “Billy Abbott strikes again!” Has Billy just stumbled directly into Jack’s latest trap?