The fallout from Dina’s slip of the tongue continues to rock the Abbott family in these spoilers from THE YOUNG & THE RESTLESS. But the ensuing drama could have an unforeseen consequence as a life hangs in the balance!

The Abbotts rally around Ashley to support her as she reels from the public revelation that she is not John Abbott’s biological daughter, a secret her mother vowed to take to her grave. “There’s only one person I want to hear from and that’s Dina,” Ashley declares, her voice cracking with emotion. “I want to hear from her why we all have to go through this.” But if they want to hear Dina’s side of things, they’d better hurry on over to her suite because time could be running out! After Dina passed out during their argument, Graham exits the room and slips the “do not disturb” sign onto the door handle as the poor woman lays unconscious on the floor inside. Will anyone discover Dina in time or is it already too late to save her? 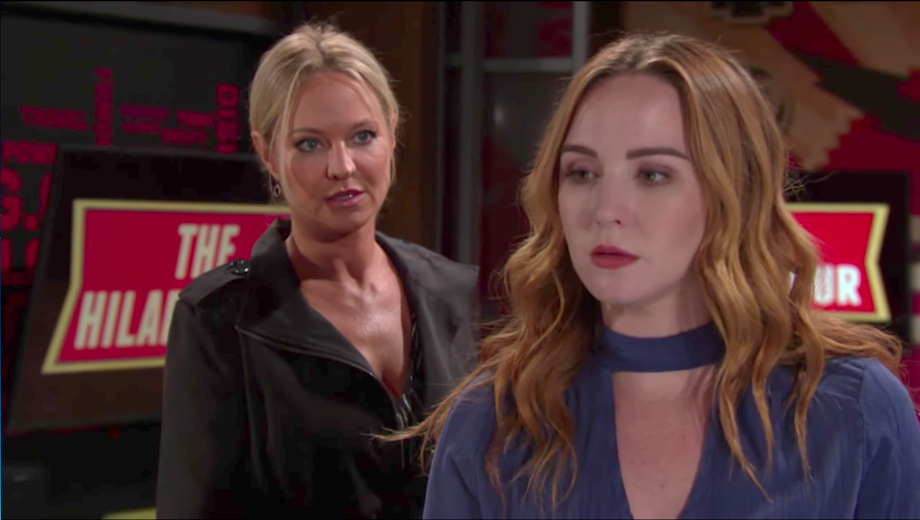 Will Mariah open up to Sharon about her true feelings? (Photo Credit: CBS)

Sharon didn’t raise Mariah as she did Cassie, but every so often she finds herself in a maternal position anyway. And her daughter’s recent behavior at the GC Buzz studio is giving her cause to worry about her. “Is something going on between you and Tessa?” Sharon asks. Will Mariah confess to Sharon her feelings for her friend or will she continue to deny them the same way that Tessa appears to be doing?

The Truth About Ashley’s Real Father, Brent Davis, on Y&R

Michael Muhney Debuts on THE GOOD DOCTOR Next Week!