The new year brings new drama in these spoilers from THE YOUNG & THE RESTLESS! As some in Genoa City celebrate a fresh start, the Abbott family is being torn apart from the inside, and Cane and Lily may have one last chance to salvage their marriage!

Over at Sharon’s, she’s excited to be celebrating, but standing next to her, Phyllis looks like she’d rather be dead! Chelsea is pouring wine for everyone, and Tessa looks just a little confused about what’s going on. Has Sharon already rebounded from Scott cheating on her with Abby?

The Abbott family comes together to rescue Dina from Graham, who insists on using his medical power-of-attorney to take her away from her children and get her better care as her Alzheimer’s worsens. But Jack isn’t about to let his mother go anywhere with the guy that easily. “That man is exploiting her disease to get rich!” he barks in the courtroom. But is there anything the family can do to get the judge to rule in their favor? 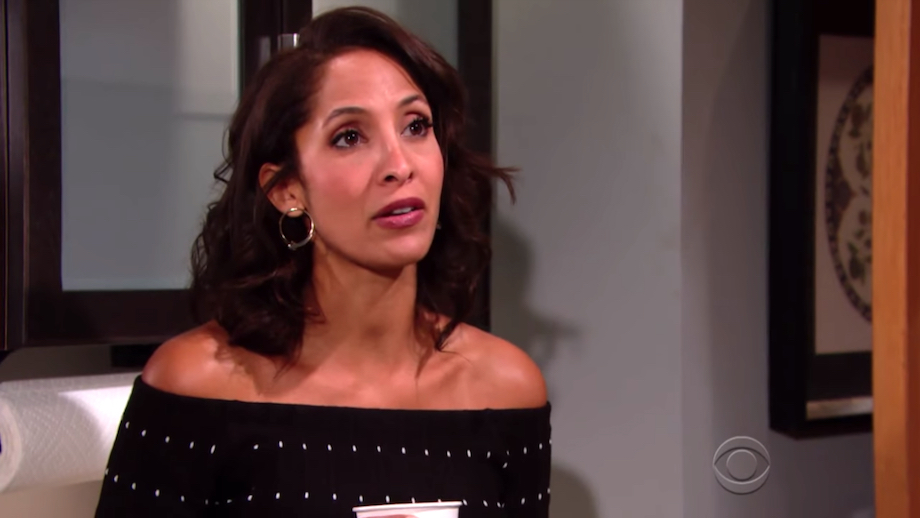 Will Lily blow her last chance to reunite with Cane? (Photo Credit: CBS)

As the Abbots struggle to keep their family together, their business is also coming under attack! “Jack is remodeling the lab,” Ashley informs Billy. “Somebody broke into it last night.” But in true Abbott fashion, she’s ready to fight back as well! “Whoever did this,” she threatens, “they’re gonna wish they were never born.” Who is this mysterious new threat that trashed the lab in the middle of the night? Could it be a very familiar face under that mask?

After they agreed to postpone their divorce and shared a passionate kiss on New Year’s Eve, Lily and Cane would seem to be on the road to reconciliation. But will it really be so easy to put the past behind them? “I feel like I’m throwing away my last chance to save my marriage,” Lily confides to someone. Will she take this chance before it’s gone forever?

Check out this tease for the dramatic week to come, and for more Y&R previews, keep reading the CBS edition of Soaps In Depth magazine!

What You Missed on Recent Episodes of Y&R!

See How Your Favorite Stars Rang in the New Year