Jack’s world is about to be blown to smithereens in these spoilers from THE YOUNG & THE RESTLESS!

Having given an interview to GC Buzz that paints Jack as a sexually manipulative cad who can’t be trusted to follow through on his promises, Gloria sits down with the businessman at the Genoa City Athletic Club bar to taunt him some more. “You really should be watching this show, Jack,” she teases, grabbing the remote to turn up the volume. “If you’re out of the loop, you’re gonna feel like a real idiot.”

And on the live broadcast of GC Buzz, Hilary sits next to Mariah as she promises “an exclusive story you won’t want to miss.” Is Jack’s treachery and one-night stand with Gloria about to be splashed all over the airwaves? 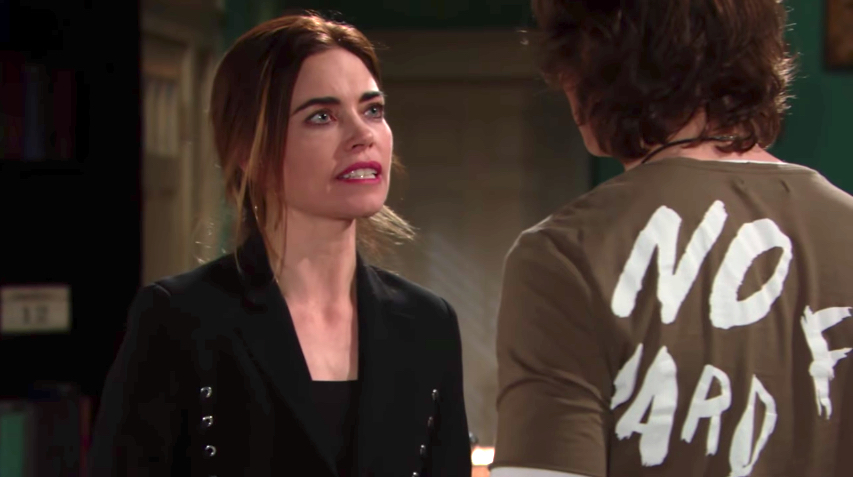 Victoria is furious with her son! (Photo Credit: CBS)

MUST SEE: Hilary Serves Devon With Divorce Papers on Y&R!

Having discovered more evidence of Reed’s bad behavior, Victoria confronts her son, not letting him pass the blame onto his friends this time. “I doubt that Johnny and Katherine are interested in live cam shows of the world’s naughtiest nymphs!” she seethes, holding up a bill in front of his face. Is there anything she can do to get her rebellious teenage son under control?

Check out this tease for today’s explosive episode, and for more Y&R previews, keep reading the CBS edition of Soaps In Depth magazine!