Things are getting seriously confrontational in these spoilers from THE YOUNG & THE RESTLESS!

Back home from the hospital after her heart attack, Jill is clearly feeling much more like herself again because when Jack pays her a visit, she tears into the guy! “You made a solid offer,” she angrily reminds him, “and I am gonna hold you to it!” But can Jack really follow through on his offer to let Jill buy Fenmore’s off of him if Colin has stolen all of her money and left her flat broke?

MUST SEE: Amelia Heinle and Thad Luckinbill Add a Furry New Member to Their Family! 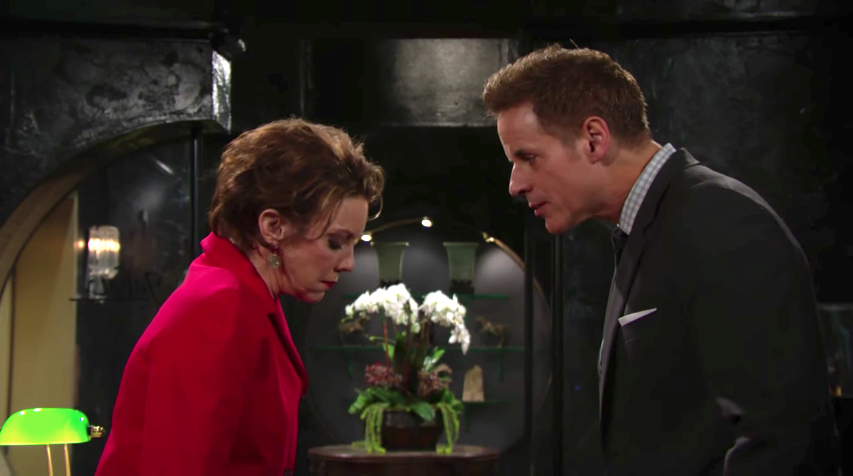 At Jack’s Jabot office, Gloria acts terribly upset that Michael isn’t supporting her attempt to make a fresh start. “It hurts deeply that you’re shutting me out,” she grumbles. But Michael isn’t having it, responding, “I am equally chagrined that you insist that your job here is legitimate.” How much longer until he finds out how Gloria really convinced Jack to give her this job?

Over at The Underground, Sharon and Noah are catching up when he remarks, “Grandma said Dylan didn’t have a choice. What did she mean by that?” Will Sharon reveal to him the whole truth of why Dylan was forced to leave Genoa City, or will she leave out some of the stickier details?