Victor’s may have removed himself from his family’s lives, but he’s still causing no end of drama for them in these spoilers from THE YOUNG & THE RESTLESS!

Hoping to take advantage of Victor’s absence from Newman Enterprises and his family, Jack goes to Phyllis with a plan to take their revenge on The Mustache, but she’s not easily convinced. “Victor always comes out on top,” she reminds her ex. Jack smiles and assures her, “This time, he won’t have his family backing him up.” What, exactly, does Jack have in mind, and will Phyllis go along with whatever scheme he’s concocting?

Meanwhile, as he continues doing research and interviews to write Victor’s book, Scott finds himself hitting a roadblock with Nikki, who’s trying to protect her husband even after all that he’s done. “This isn’t some general anxiety about the past,” Scott observes. “What are you trying to hide, Nikki?” Can she come up with a plausible story to keep Scott from discovering the truth about Victor’s recent crimes? 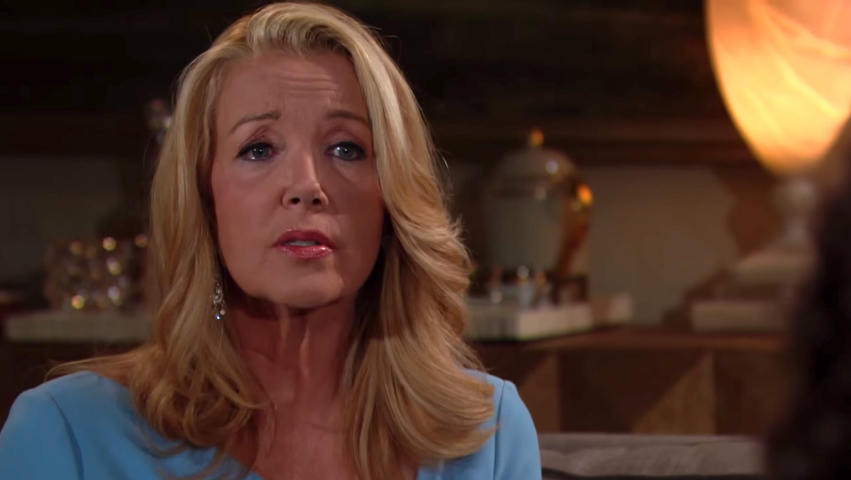 Nikki struggles to keep Scott from the truth about Victor! (Photo Credit: CBS)

MUST SEE: Y&R Recasts Lily and Cane’s Twins With Teens!

At the Brash & Sassy offices, Victoria is frustrated with Billy’s behavior during a meeting and follows him into a room to angrily ask, “Is there a problem? Because Juliet’s idea is solid.” Billy takes a sip of coffee and turns to face his ex. “Is it?” he responds. “Or is that just a power play because I didn’t jump back in your arms?” So much for a reunion between Billy and Victoria!

Y&R Alum Justin Hartley Gets a New Job as an Exotic Dancer!