People aren’t quite sure what to think in these surprising spoilers from THE YOUNG & THE RESTLESS!

Having lost her money and recovering from a heart attack, Jill is struggling to put her life back together again. But does her life still include Colin? The Aussie con man is surprised when he spies a to-do list that has his name on it! “Is this real?” he asks. “Forgive Colin?” Could Jill genuinely be considering forgiving him? And even if she does, would that go so far as to include taking him back into her life? Do her feelings for him run that deep?

MUST SEE: Who is Ravi? — Meet Abhi Sinha! 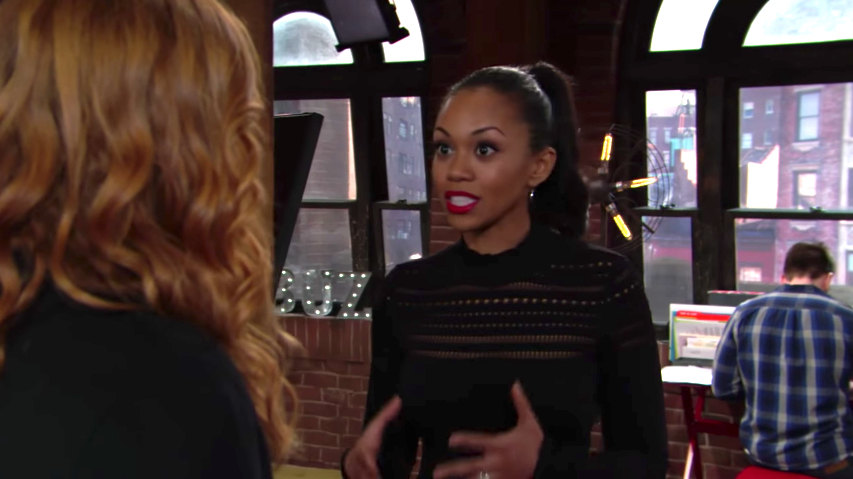 MUST SEE: Jason Thompson Shares Beautiful Photos and Video of His Son at Bath Time!

Ashley asks Neil for a chat, but when they sit down together, he very quickly realizes what’s up. “I think you want to take over,” he accuses her, “and would like for me to go behind your brother’s back and help you pull it off.” Ashley looks away briefly before meeting his gaze. Just how far will Ashley go to get Jabot out of Jack’s clutches? And will Neil agree to help her?

Over at the GC Buzz studio, Hilary rushes over to Mariah to ask for a massive, massive favor. “You need to help me convince Devon to give me the show as my settlement in the divorce,” she begs. Mariah looks more than a little unsure at the request. The two women have been on much better terms lately, but would Mariah really step in to help Hilary take over the show?