Cane struggles to keep his secret from Lily in these spoilers from THE YOUNG & THE RESTLESS!

Noticing Cane and Juliet having a private argument in the Brash & Sassy offices, Lily approaches the pair to find out what the problem is between them. Cane stammers, “We were just discussing…” before Juliet cuts him off and declares, “Stop. We need to be straight with Lily.” Juliet swore to Cane that she wasn’t going to reveal that they spent the night together in Tokyo, but is she about to break that promise and destroy Lily and Cane’s marriage?

MUST SEE: The Hottest Red Carpet Looks From the Daytime Emmys Nominee Reception! 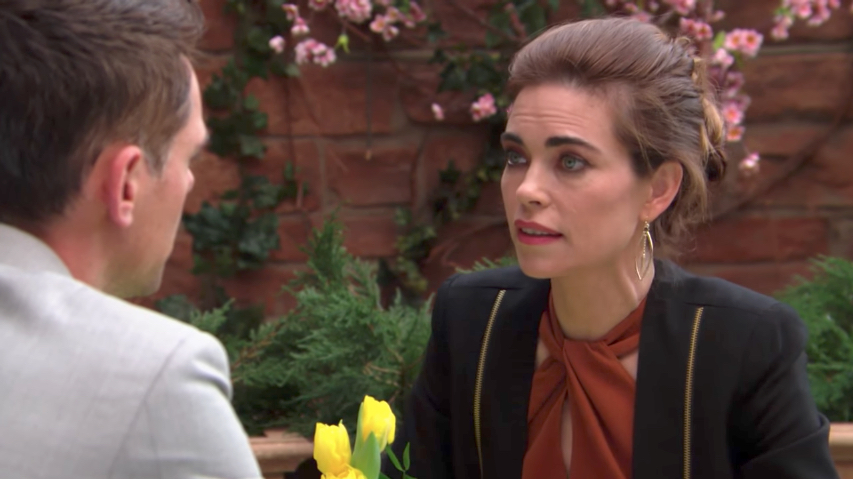 MUST SEE: Ryan Ashton Joins the Cast of Y&R as Zack!

At the cafe in the park, Victoria opens up to Billy about their potential future together. “You know, we could just start over again where we left off,” she suggests. “Do you think that’s possible?” Billy just sits opposite her in nervous silence. Will he break her heart by revealing that he’s back with Phyllis or continue letting Victoria think they still have a chance to reunite?

Jack is surprised to see Nikki attempting to break free of Victor and become her own woman for a change. “You’re asking for advice on how to get your groove back,” he remarks. “Makes me wonder what’s really going on between you and Victor.” How much will Jack be able to pry out of Nikki to help him in his quest for revenge on The Mustache?