The past is causing no end of trouble for the future in these spoilers from THE YOUNG & THE RESTLESS! How can anyone make a fresh start when the past keeps creeping up to remind them of past mistakes at the worst possible moments?

Kevin is trying to make plans to go on the run with Chloe and their daughter, Bella, giving them all new identities and preparing to move their family to Oregon, but they’re not out of danger yet! The couple is startled when they hear a knock on their motel room door. “Who is it?” Kevin asks, cautiously, as Chloe turns to face him. From outside, Victor leans into the door and responds: “Your worst nightmare.” Kevin and Chloe exchange frightened looks — have their plans been foiled or can they convince Victor to let them leave Genoa City forever?

MUST SEE: Kevin and Chloe’s Roller Coaster Relationship From Start to Finish! 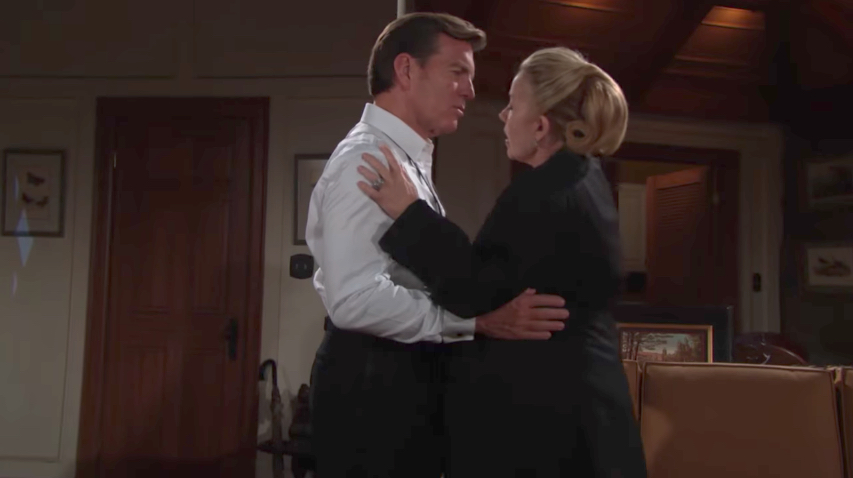 Following all the drama of her charity performance and then witnessing the vicious blow up between Victor and Nick, all Nikki wanted to do was some peace and quiet. Jack took her to the Abbott cabin, and she thanked him with a kiss! But when he kisses her back, Nikki immediately backpedals, stepping out of his arms and apologizing. “Jack, I’m sorry,” she gasps. “I shouldn’t have done that.” But Jack’s grin would seem to indicate that he doesn’t mind one bit!

Having successfully introduced Phyllis to his children as the new woman in his life, Billy welcomes Victoria home from the concert and fills her in on his progress. “I just want to make sure that you’re really okay with this,” he asks his ex-wife. Reed looks from Billy to Victoria, who just stands there with an inscrutable look on her face. How will she respond?

Melissa Ordway Announced Her Pregnancy With the Cutest Family Photo!