The next step is crucial in these spoilers from THE YOUNG & THE RESTLESS!

Michael and Esther were stunned by Kevin’s unexpected announcement that he plans to take Bella with him and move to Oregon. “Please tell me you understand,” he asks his brother and Bella’s grandmother. “And that you’re gonna let me do this and not make it harder than it already is.” Esther looks away while Michael just looks heartbroken. Will they let Kevin just leave Genoa City with Bella forever? What if they knew he was doing this to run away with Chloe? Would that change their minds or make things worse?

MUST SEE: Jason Thompson Mourns the Death of His Dog, Vedder 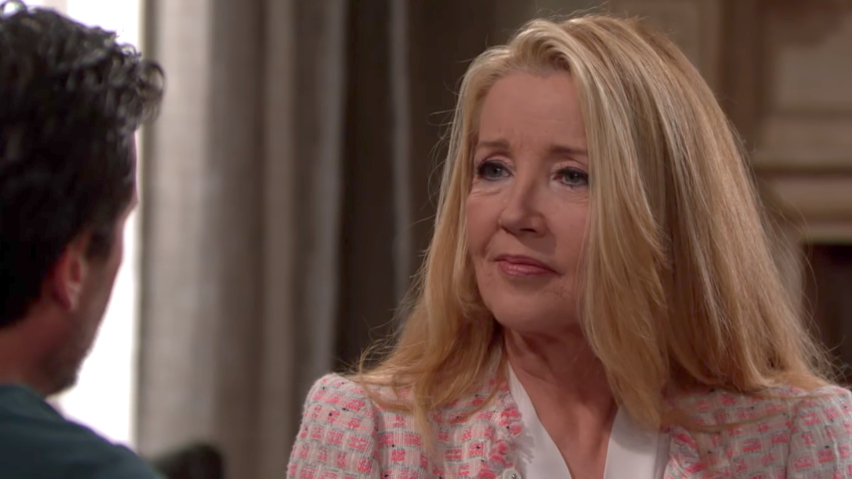 Nick takes a stand with his mother! (Photo Credit: CBS)

Knowing that his mother’s MS has flared up again, Nick is desperate to keep Nikki from performing at the concert Victor arranged for her. But she puts on a big smile and promises her son: “I am ready to walk out on that stage tomorrow!” Nick just shakes his head. “You’re not doing that,” he informs her. But is there anything he can do to stop her?

At the coffee shop, Mariah confides in Sharon. “Do you think you ever get over the love of your life?” she asks her mother. Sharon looks slightly surprised by the question. Is she wondering who Mariah is referring to, or is Sharon thinking about the love of her own life?

Steve Burton Wants to Help His Fans Get Healthy!