Things are not looking very good for Victor Newman in these spoilers from THE YOUNG & THE RESTLESS, but it could be even worse for someone else! As the authorities continue to dig into The Mustache’s personal financial records, Kevin is beginning to panic! Plus, now that Faith knows what Scott’s been getting up to, how much longer before the little girl tells her mother everything?

Victor remains confident that everything will work out fine, but Michael enters his office to warn him and Victoria they could be in big trouble. “The authorities are sending an official over to meet with you personally about the audit anomaly,” Michael announces. Meanwhile, Kevin, who has been mixed up in Victor’s recent schemes, is worried about his own future and that of someone else. So he makes a call to give that person a heads up. “It won’t be long before the truth comes out,” he stammers, “and Victor finds out what you did.” 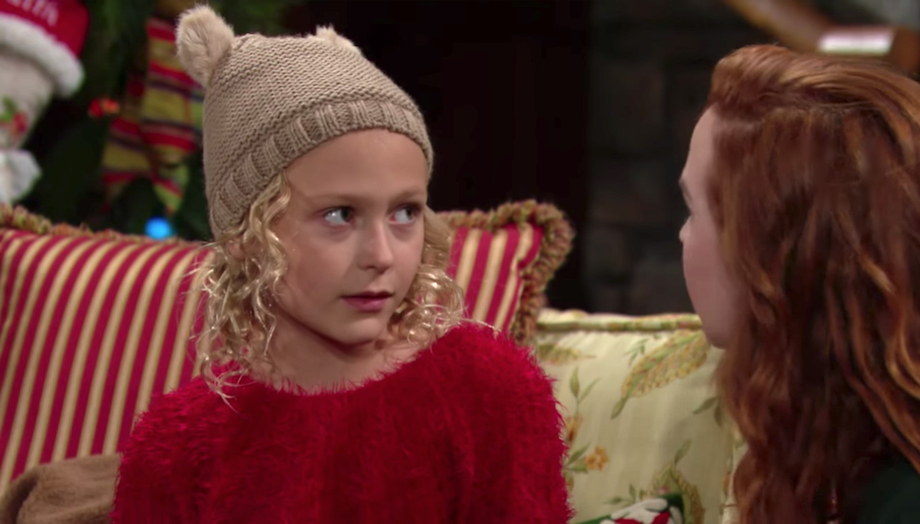 Faith knows what Scott’s been doing behind her mom’s back! (Photo Credit: CBS)

Scott comes home with his arms full of shopping bags and a bouquet of flowers tucked in his elbow. “Oh, great,” he exclaims, seeing Faith sitting on the couch with Mariah. “You’re home.” However, Faith, having seen Scott kissing Abby, gives her mom’s new boyfriend some serious stink eye! Seeing the girl’s reaction, Mariah turns to look over at Scott, curious about what’s going on. How long before Sharon learns from her daughter that Scott’s been cheating on her?