There’s good news and bad news in these spoilers from THE YOUNG & THE RESTLESS!

Now that the kidnapping ordeal is over, Lauren is overcome with emotion when her son, Scott, walks through her front door and right into her waiting arms. “Hi mom,” he says casually as she clutches him tightly. In the background, Michael gives Kevin a warm hug as well, grateful his brother made it back from the Middle East safely.

But now the question remains — What exactly was Scott doing locked up in the Middle East? And how much of his story will he share with Lauren?

MUST SEE: Who is Scott on Y&R? Here’s Everything We Know! 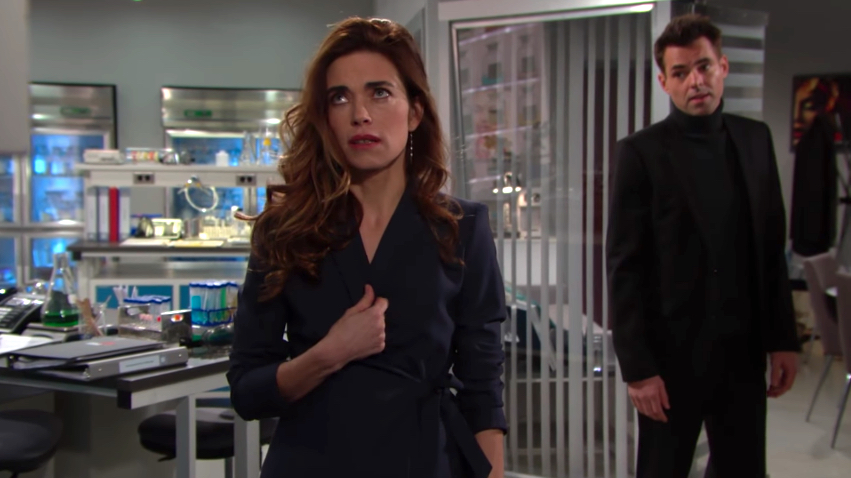 Over in Japan, Cane is desperate to do damage control after completely blowing a huge Brash & Sassy deal with his accidental cultural insensitivity, begging Juliet to let him go back in and apologize to Mr. Sato. “It would really only just make things worse,” she warns. Panicked, Cane asks, “What do we do if he doesn’t come back?”

Back at the Brash & Sassy offices in Genoa City, Victoria nervously awaits news of Cane’s successful completion of the Asian deal. “We are totally screwed,” Billy announces. Victoria rolls her eyes and puts her head in her hand as she fears the worst. Can Cane salvage the situation, or has he not only lost the deal, but his job as well?