Warnings are given, but will anyone listen in these spoilers from THE YOUNG & THE RESTLESS?

Now that Lily has been hired as the new face of Brash & Sassy, Neil couldn’t be happier for his stepdaughter when he learns the big news. “I am so proud of you!” he enthuses, with a beaming smile on his face. But Lily’s smile disappears quickly as she sadly admits, “There is just one little problem.”

Over at the Brash & Sassy offices, Billy and Cane are having a heated argument about Lily’s new modeling gig. Billy doesn’t understand why Cane is so upset about it and asks if he’s, “Like a guy who doesn’t want his wife to succeed?” Furious, Cane insists, “I’m not like that, and you know it. You blindsided me and you did it deliberately.” Will Lily’s sudden career change mean the beginning of the end of her happy marriage to Cane? 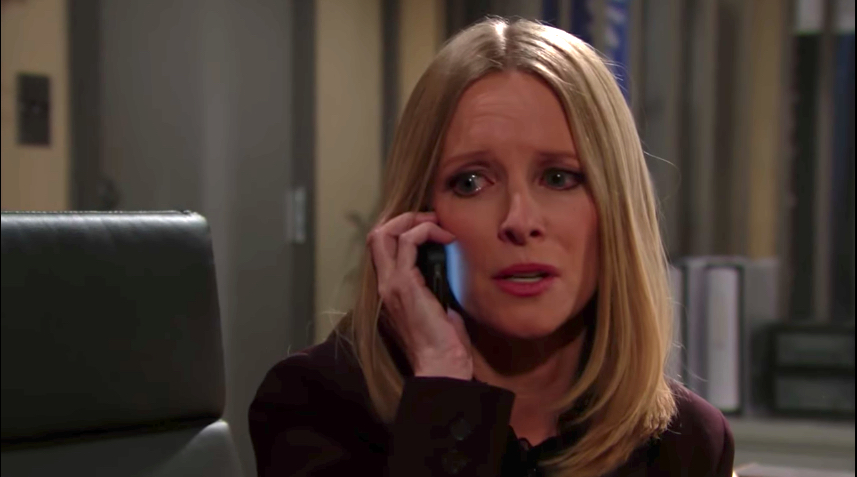 Down in Miami, Paul’s search for Dylan has come up empty. He has no idea that Dylan has already returned to Genoa City and appeared at Sharon’s doorstep! “I’ll just catch the first plane I can,” Paul tells Christine as he plans to return home empty-handed. “Just be careful,” she warns. “Fisk’s people are still out there.” Could Dylan still be in grave danger? And might Paul get caught in the crossfire?