Cane’s life is falling apart in these spoilers from THE YOUNG & THE RESTLESS and he’s making all the wrong choices. Plus, Hilary’s schemes aren’t helping one bit!

Cane was using his laptop to check on the bank balance for the twins’ tuition and considering using that money to pay off Jesse so he would keep quiet about his part in Cane’s plot to destroy Billy. He was interrupted, and then Lily makes a move for the computer as she tells Mattie, “I’m gonna E-mail him now before I forget.” Cane flips out, shouting, “Don’t touch that!” Lily looks up at her husband, confused. With all the secrets Cane has been keeping, can he come up with a plausible explanation for his erratic behavior?

Meanwhile, Lily’s going to be even more upset when she learns that not only did she lose out on the commercial gig, but her rival snatched it right out from under her! “I got it!” Hilary excitedly tells Jordan. He asks if she just booked the commercial that he helped Lily audition for, and she smiles wickedly as she declares: “Yeah. The very same.” 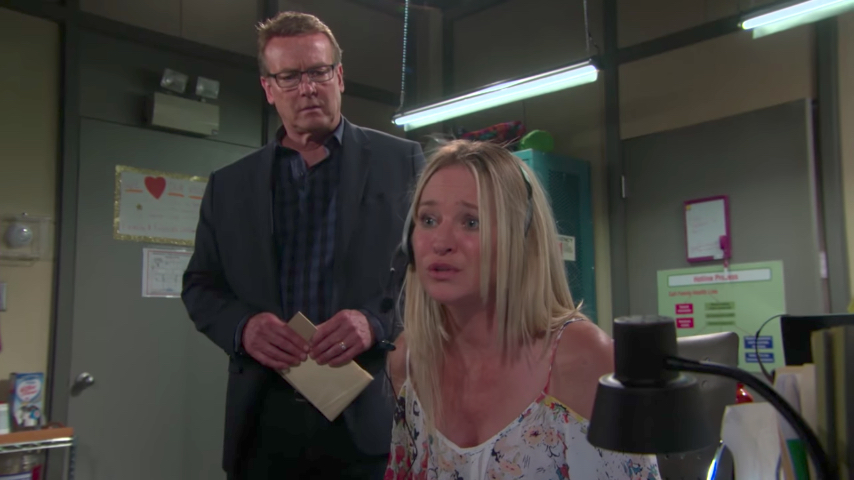 At the police station, Sharon takes another call from Crystal that has her afraid for the young woman’s life. “I think they followed me,” Crystal whispers into the pay phone. With Paul standing behind her for support, a desperate Sharon asks, “Who followed you?” The terrified Crystal just hangs up the phone and takes off as Sharon calls out her name. Is there anything she or Paul can do to save this poor girl?