The future of Cane and Lily’s marriage is in jeopardy in these spoilers from THE YOUNG & THE RESTLESS. Oh, and it looks like Abby wants to revive the Newman/Abbott feud!

Lily updates Neil on the current state of her marriage in the wake of Cane being revealed as the father of Juliet’s baby. “We’re going to pull together,” she announces. “As a family.” But Neil remains skeptical. “Does this family include Cane?” he asks. Can Lily find a way to forgive her husband for cheating on her if there’s going to be a child as a permanent reminder of his infidelity? 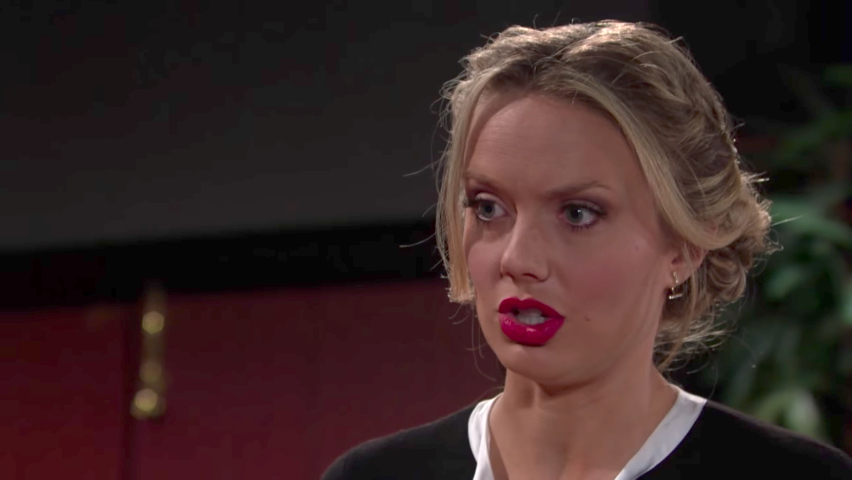 Abby was absolutely aghast to see Jack and Nikki kissing in his office and clearly disapproves of the two of them possibly reuniting. “That sounds like a threat, Abby,” Jack says as he sits down behind his desk. Furious, Abby warns, “Don’t make me choose.” As the offspring of Victor Newman and Ashley Abbott, Abby has often found herself caught between the two sides. Which one will she land on this time?

Since Victor gave his permission, Hilary and Howard happily air the footage of his fight with Nick that they secretly recorded in the parking garage. “Victor packs quite a punch,” Hilary jokes as they watch the show. Howard grins. “Everybody’s definitely staying tuned through the commercial break to see what comes after that!” he chuckles, pointing at the laptop screen.

The End of Y&R’s Chloe and Kevin

Melissa Ordway Is Pregnant With Her Second Child!