There are some big revelations coming in these spoilers from THE YOUNG & THE RESTLESS but not everyone will like how things turn out! Paul has an update for Scott and Sharon, Phyllis warns Jack they’re running out of time, and Lily gets a terrible shock!

Lily is paying a visit to the Chancellor mansion to discuss something with Cane when she is startled to see Juliet stroll casually down the stairs in a bathrobe. “It will not take me long to get used to living here,” Juliet remarks, delighted. But Cane hangs his head as Lily looks at him annoyed. “You’re living together?” she asks, pointedly. Can Cane convince Lily that he’s only doing it because Juliet’s carrying his baby, or is this the final straw that will destroy Cane and Lily’s marriage forever? 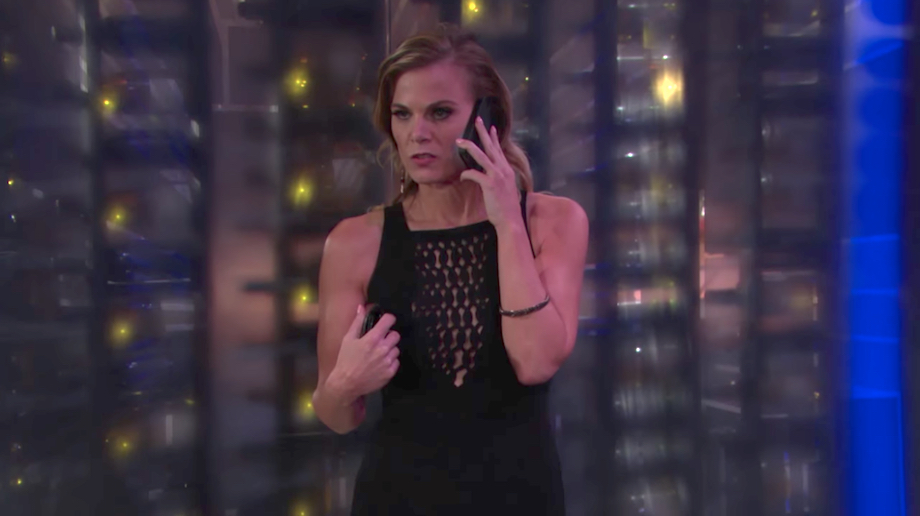 Phyllis fears that time is running out! (Photo Credit: CBS)

Jack has been setting the pieces to take down Billy and Brash & Sassy, but Phyllis calls him to warn him that they can’t wait much longer. “Plans have changed,” she reports. “We don’t need to just move fast, we need to move now.” But are they ready to strike that final blow against Billy or do they still need more time?

Paul arrives at Crimson Lights and is pleased to find Scott and Sharon together. “I’m glad you’re both here,” he announces. “I have an update on Alice.” Have they finally found the missing woman or at least a lead that could help locate her or bring down the sex ring?