Things are getting dangerous — and dangerously complicated — in these spoilers from THE YOUNG & THE RESTLESS!

Jordan rescued Lily from her stalker when he cornered her at the Genoa City Athletic Club looking for a photo, but now the creep has followed her home and is using his phone to take photos through her windows! Who is this guy, and just how dangerous could he prove to be? And with Cane out of town, will there be anyone around to save Lily if her stalker decides to break in and get a little closer to his target? 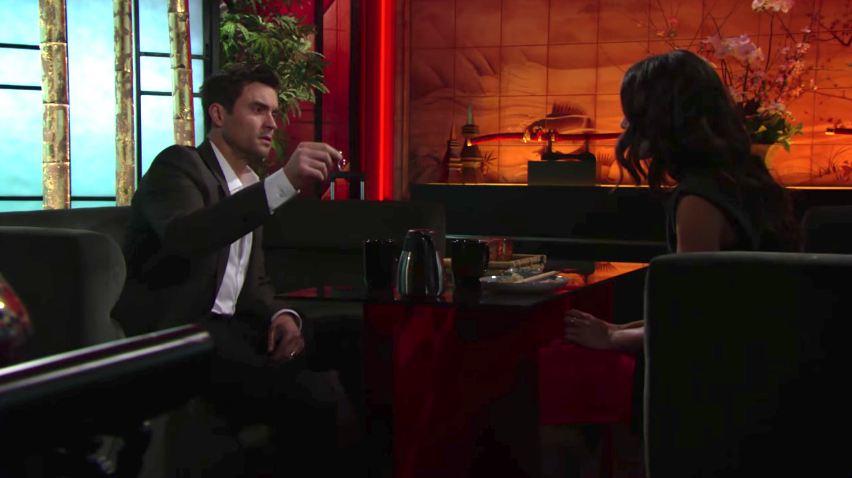 Cane wonders exactly what he did while blind drunk! (Photo Credit: CBS)

Meanwhile, in Japan, Cane is unaware of what his wife is going through because he’s just woken up from a night on the town with a massive hangover… and Juliet’s earring in his bed! “I’m wondering more about this,” he says grimly, holding up the piece of jewelry. Juliet just smiles enigmatically. What really went on during his drunken night he can’t remember? Does Juliet have ulterior motives for getting close to Cane?

Ashley and Ravi are dressed to the nines to attend a gala opera performance with Victor, Nikki, Michael, and Lauren. But during the show, Ravi can’t keep his eyes off his stunning blonde date! Could this grand night out lead to a new beginning for the unusual couple?