As two relationships begin, another is on the verge of falling to pieces in these spoilers from THE YOUNG & THE RESTLESS!

Mariah was a little taken aback when Devon asked her out to dinner the other day, but now she’s even more confused when he wants to make things more official. “You want to date me?” she confirms. Devon just smiles and laughs a little bit. Does he genuinely want to take their friendship to the next level, or is he just trying to prove to Hilary he’s moved on?

Meanwhile, Jordan sets up a photo shoot for Hilary as the new owner of GC Buzz, and whether its the lights or not, things are definitely heating up between the pair. “You’re Hilary Curtis,” Jordan says smoothly. “You command the spotlight just by being you.” But are the sparks between this pair genuine either?

MUST SEE: Y&R Stars like Steve Burton and Gina Tognoni React to Their Emmy Nominations! 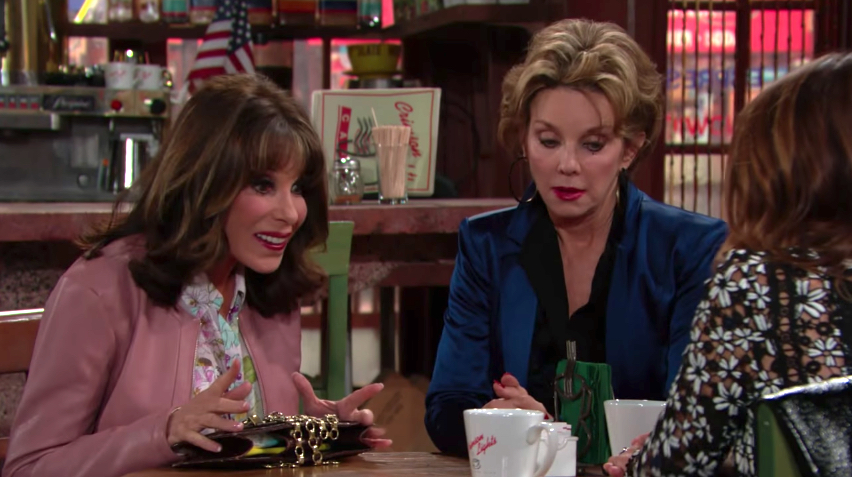 MUST SEE: Kelly Sullivan Can’t Wait to Reunite With Her Y&R Castmates!

Kevin and Chloe sit down with their mothers, Gloria and Esther, at Crimson Lights to share their big news. “It’s about Chloe and me,” Kevin announces proudly, taking his fiancée’s hand. “We’re getting married.” Esther is thrilled to hear it, and smiles gleefully for her daughter, but Gloria’s reaction is definitely more on the subdued side. In fact, Gloria doesn’t approve of Chloe at all. Will she find a way to derail this marriage before the happy couple can even start down the aisle?

Steve Burton Reveals Whether or Not He Would Return to Daytime!