Things are getting awkward in these spoilers from THE YOUNG & THE RESTLESS! Mariah is forced to make a decision about her future with Tessa, Sharon worries about Alice, and Cane’s babymama meets his daddy!

Mariah was shaken when Tessa announced that she was accepting Noah’s invitation to move in with him, but she attempted to put on a brave face and act happy for her friend. But as Tessa picks up her bags and moves towards the front door of Sharon’s place to leave, Mariah steps in front of her, blocking the way. “Wait,” she insists. “I don’t want you to go.” Will Mariah finally confess to Tessa how she really feels about her or will she simply try to find another way to keep her from moving out? 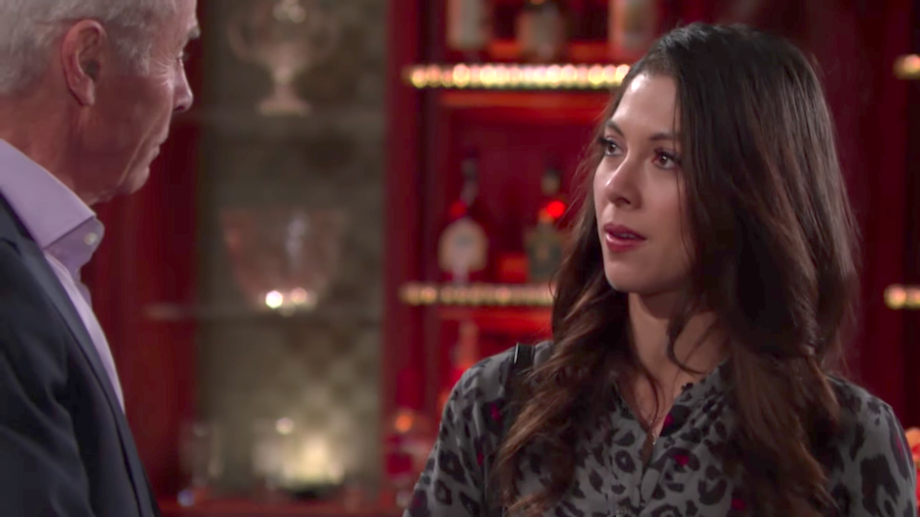 At the Genoa City Athletic Club, Colin is chatting away with Cane when Juliet arrives and he quickly moves to introduce himself to the mother of his grandchild. “Colin Atkinson,” he offers, shaking Juliet’s hand. “Soon to be grandfather of the child you’re carrying.” From his seat nearby, Cane looks on nervously. This casual conversation has the potential to go terribly wrong!

Meanwhile, over at Crimson Lights, Sharon updates Nick on the latest shocking turn in the sex trafficking case. “Alice has been in an accident,” she reports. Nick is startled and asks how she is. “She’s gone,” reveals Sharon. Will they ever see Alice again, or has Zack eliminated the woman to cover his tracks?