Genoa City is full of conflict in these spoilers from THE YOUNG & THE RESTLESS! But as drinks are thrown, threats are made, and questions asked, will anything be resolved? Well, probably not the way some folks might want to see things resolved!

Ever since she and Tessa shared that kiss, Mariah has been questioning her relationship with Devon and has clearly been more interested in her female friend. But Tessa has been keeping Mariah at arm’s length and even gone so far as to move in with boyfriend Noah, which isn’t helping the awkward situation. So while talking with Tessa at The Underground, Mariah decides it’s finally time to put her cards on the table. “Then I’m confused,” the redhead sighs. “What is going on with us, Tessa?” But do either of them know what’s really in their hearts? And can they admit it? 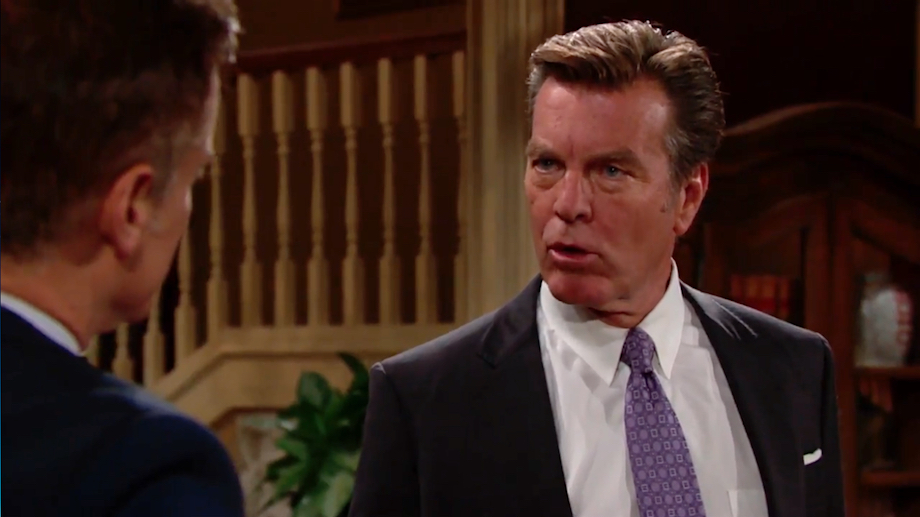 Jack threatens Michael to do his job! (Photo Credit: CBS)

Victoria has been behaving somewhat erratically lately, hearing buzzing noises in her head, making rash business decisions, and throwing herself into bed with Benjamin Hochman. So Cane should’ve expected an extreme reaction when he taunts her at the GCAC! “It’s obvious whatever you did wasn’t good enough,” he snarks as a furious Victoria grabs a drink off a nearby table and throws it in his face!

The Abbott Family is frantically trying to rescue Dina from Graham, who flew off with the woman and holds her power of attorney. Michael attempts to explain the difficulties he’s encountering, but Jack doesn’t want to hear it. “I mean it!” he warns Michael. “Come up with a solution. Or I will!” But is there anything Michael can do legally to help Dina or are the Abbotts going to have to go to extreme lengths to save her?