Shock follows shock in these spoilers from THE YOUNG & THE RESTLESS!

Nick comes into some cash and decides to share the wealth… with Chelsea! “I want you to have this money,” he declares, handing her the check. Sitting next to him on the couch, Chelsea just shoots him a look. Will she accept his generous offer, or is it too much?

At the Jabot offices, Jack informs Gloria, “Ashley thinks I’m using my animus to make business decisions.” Perched at the opposite side of his desk, Gloria leans back and asks, “Are you?” Without missing a beat, Jack’s face turns grim as he replies, “Absolutely.” Just how ugly will the sibling rivalry between Jack and Billy get? If Gloria gets involved with it, you can rest assured it’s going to get way out of control!

MUST SEE: Steve Burton Reveals Whether He Would Return to Y&R! 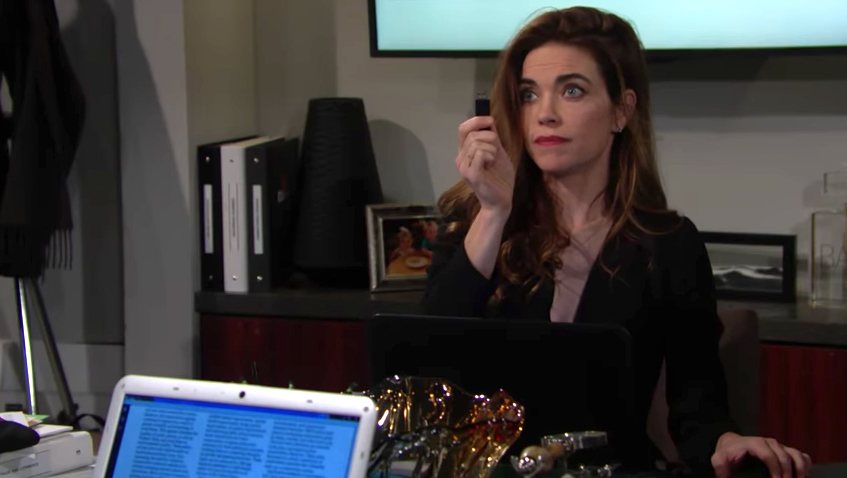 MUST SEE: Y&R’s Jason Thompson Shares the Cutest Photos of His Son in the Bath!

Having swiped the footage of “Clarissa” from GC Buzz, Victoria holds up the USB stick and shows it to Billy. “No need,” she informs him. “We can just look at the footage.” Billy is stunned to see that Victoria has stooped so low to get one up on Jack. “You didn’t,” he sighs. But she did, and the battle between Jabot and Brash & Sassy is about to take one heck of a turn!