The confrontation that fans have been waiting for finally happens in these spoilers from THE YOUNG & THE RESTLESS!

Having found a tracking device in Connor’s toy dinosaur, Nick and Chelsea show it to Chloe. “That’s crazy,” Chloe remarks. “How did that get in there?” Grimly, Nick demands she come clean. “Why don’t you tell us?” he says grimly. Chelsea nervously stands by Nick’s side, fear in her eyes. Will Chloe be able to come up with a lie to appease them, or will the truth about what really happened to Adam finally be revealed?

MUST SEE: Y&R Alum Kelly Sullivan Had the Best Reaction to Her Emmy Nomination! 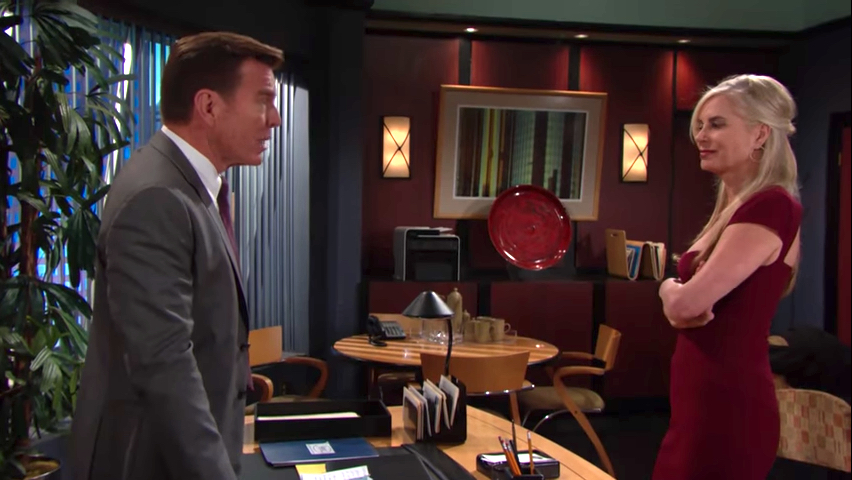 MUST SEE: Full List of the 2017 Daytime Emmy Award Nominees!

Over at Jabot, things between Jack and Ashley take a decidedly tense turn. When she confronts her brother about business, he makes it personal by bringing up her budding relationship with Ravi. “He’s not only an employee,” Jack warns, “he’s much younger. This could be a problem.” Ashley just smiles back, clearly not letting Jack bully her into doing anything she doesn’t want to do. In fact, his warning her away from Ravi could inspire Ashley to defy Jack by making a move on the young man she wasn’t planning to make!

Victor calls Scott into his office for a very important meeting. “I intend to write my memoir,” he announces. “And I need an experienced co-writer.” Scott is stunned that the great Victor Newman wants his help. “You want me to write your biography?” he asks. Could this be the perfect pairing to pen a bestseller?

Steve Burton Reveals Whether or Not He Would Return to Daytime!