The Newman family is the center of all the drama in these spoilers from THE YOUNG & THE RESTLESS. As Chelsea worries about Nick resisting his father’s ultimatum, Victor is meddling in Noah’s life, and Nikki worries that Abby is about to make a terrible mistake!

Victor wanted to see Chelsea and Connor at the Newman family party to light the Christmas tree, and threatened to reveal Connor’s true paternity if she didn’t RSVP. But when she suggests they attend the gathering, Nick dismisses the idea. “If we don’t go, what is he gonna do?” Nick wonders. “He can’t possibly take anything else away from me.” Chelsea looks nervously at the little boy Nick is holding in his arms and frets about what he might do if he found out Connor is really Adam’s son! 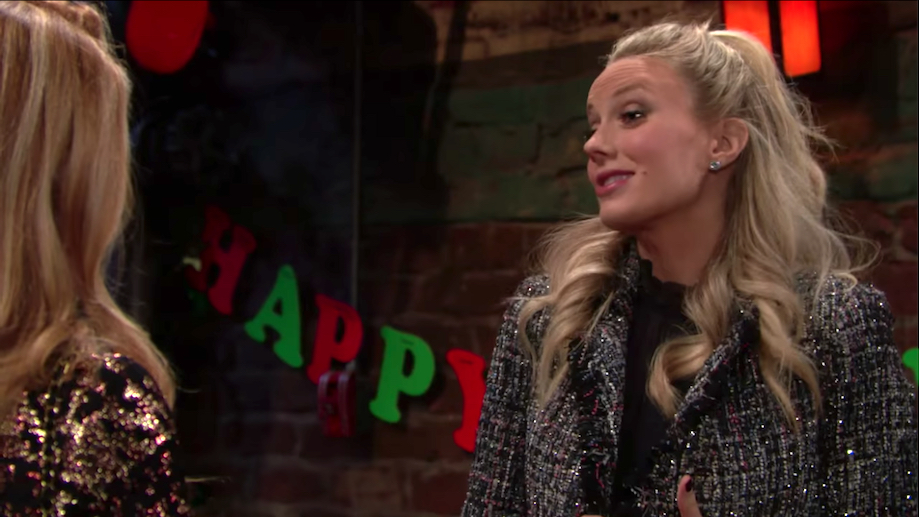 Still clashing with her sister, Abby agreed to return to Newman as long as she could report directly to the CEO and not have to deal with Victoria at all. But Nikki worries how Victor might react to such a deal. “You’re giving your father an ultimatum?” Nikki asks. Abby smiles and clarifies: “A request.”

But meanwhile, at the house, Victor is busy butting into Noah’s life now by revealing exactly who his girlfriend is. “Tessa stole your grandmother’s gun,” he informs his grandson, “and gave it to her sister.” Will Victor be able to use this as leverage to force Noah to split up with Tessa and get her out of their lives?

Kristoff St. John Thanks Fans for Their Love and Support During His Difficult Time